Ready when you are, George. 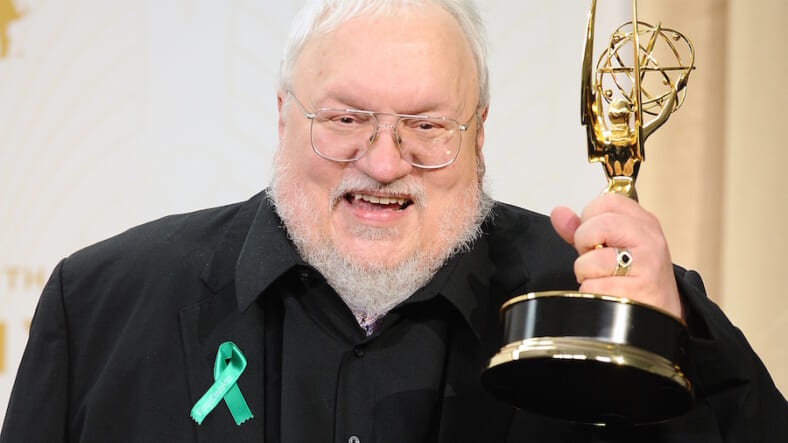 Writing can be hard. There are days a writer feels blocked, does well to squeak out 100 intelligible words. Or, like George R.R. Martin, you squeak out five books in the Game of Thrones series of novels then find yourself really stuck on delivering number 6. Even worse, the super-popular TV show based on your books leaves your own storytelling behind. It’s a tough business making millions from words.

However, according to an interview with Martin on Good Morning, America (GMA), it’s coming along, and fans of the books and the HBO show based on them should know that Martin’s ending for the series will not be the same as the show’s by-now legendarily dissatisfying finale.

The problem the author had with the series was that it moved faster than his own storytelling. He told GMA:

“My biggest issue there was when they began that series, I had four books already in print and the fifth one came out just as the series was starting in 2011,” he explained. “I had a five-book head start — and these are gigantic books! I never thought they would catch up with me, but they did.”Martin added that, once the show outpaced the novels, showrunners had to take matters into their own hands over how the series would conclude.

Martin didn’t reveal the ending he had in mind, of course, but he did reportedly say “you’ll see my ending when that comes out!”

Martin’s next book is set to be titled The Winds of Winter and though he is hard at work on it, the book’s publication date is still up in the air.

The Game of Thrones prequel series, House of the Dragon, is currently set to premiere on January 1, 2022.