Try to watch it just once. 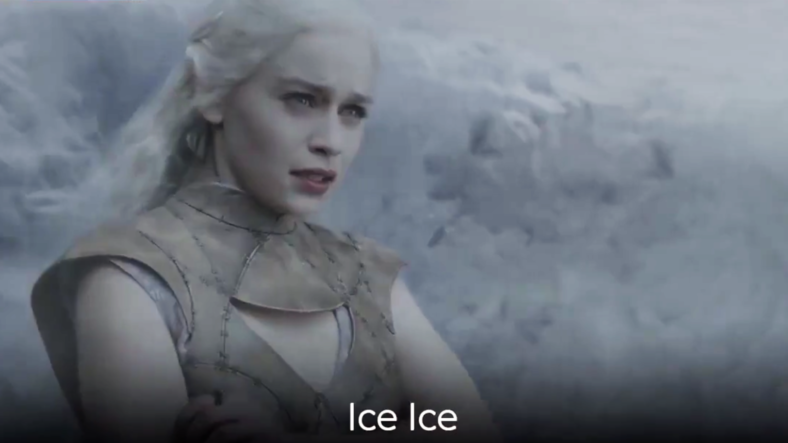 We’re a little obsessed with this strangely addictive rendition of Vanilla Ice’s “Ice Ice Baby” as performed by your favorite Game of Thrones characters.

The clip appears to be a promotion for GoT‘s seventh season by British television channel Sky Atlantic. It certainly isn’t better than the immensely popular HBO show’s epic theme song, but it is extremely re-watchable—perhaps even more so than the original “Ice Ice Baby” music video.