‘Game of Thrones’ The Last War: Here Are All the Major Characters Killed in Episode 5

Some fans were pretty disappointed. 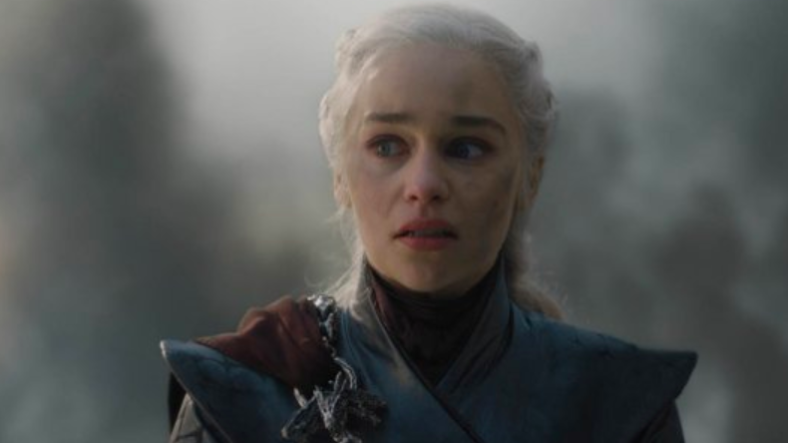 A lot happened on the penultimate episode of Game of Thrones, and most of it pissed off a lot of viewers. One major character—beloved by many—absolutely lost it and went into berserker mode as she avenged her friends and defended her throne. In the end, several other major characters were dead.

After episode 5 of Season 8, the epic battle of Winterfell in the third episode seems light years away. And Daenerys Targaryen (Emilia Clarke) is apparently the new big bad on the block.

Look, that’s what happens when the Mother of Dragons takes her last firebreather into battle in an effort to conquer King’s Landing and in the process slaughters thousands of innocents. Dany may not actually be a true villain, but she’s been driven into acts that place her pretty securely into that category.

Seriously, though, the amount of bitching by hardcore Thrones fans on social media was unprecedented. About Cersei’s (Lena Headey) death, for example:

THIS was the kind of dramatics I wanted in Cersei’s death. But nah. pic.twitter.com/zr7DhTVt9a

Last night’s #GameOfThrones was all about characters with gray moral compasses choosing their path.

Jaime chose his love for Cersei.

Arya chose to not let vengeance consume her while the Hound let it consume him.

And Dany chose blood and power.

Yeah, about that: Daenerys Targaryen, remember, watched The Mountain behead her beloved Missandei under orders from Cersei in episode 4. She’d seen her dragon Rhaegal shredded by Cersei’s forces, led by Euron Greyjoy, earlier in the same episode. And she learned she is facing the prospect of vying for the Iron Throne with her nephew/lover, Jon Snow.

In episode 5 she literally took no prisoners and according to many, simply lost her damn mind. Not everyone was surprised, of course, but many were.

#GameofThrones
Everyone in Kingslanding running for life.
Daenerys- pic.twitter.com/RnSJBmDGyK

People were still mad the following day. The Daily Beast’s Melissa Leon crystallized much of the criticism directed at showrunners and writers David Benioff and D.B. Weiss:

In the 11th hour, Game of Thrones turned Dany not just into a Mad Queen, but into a crazy ex-girlfriend—the laziest of sexist tropes. And one that could have been so easily avoided. There were all the reasons in the world for Dany to snap, from genetics to bad fortune to isolation and betrayals. For the love of God, why make the final straw about Jon Snow?

Speaking to The Hollywood Reporter, Benioff tried to explain what was going on with the character:

“If circumstances had been different, I don’t think this side of Dany ever would have come out. If Cersei hadn’t betrayed her [in the agreement to fight the White Walkers], if Cersei hadn’t executed Missandei (Nathalie Emmanuel), if Jon hadn’t told her the truth… if any of these things happened in a different way, then I don’t think we’d be seeing this side of Daenerys Targaryen.”

We get to see the ultimate outcome of all this when the final episode of Game of Thrones airs Sunday, May 19, at 9 p.m. ET on HBO.