‘Game of Thrones’ Is Still the Most Pirated Show On TV

The runner-up didn’t even come close. 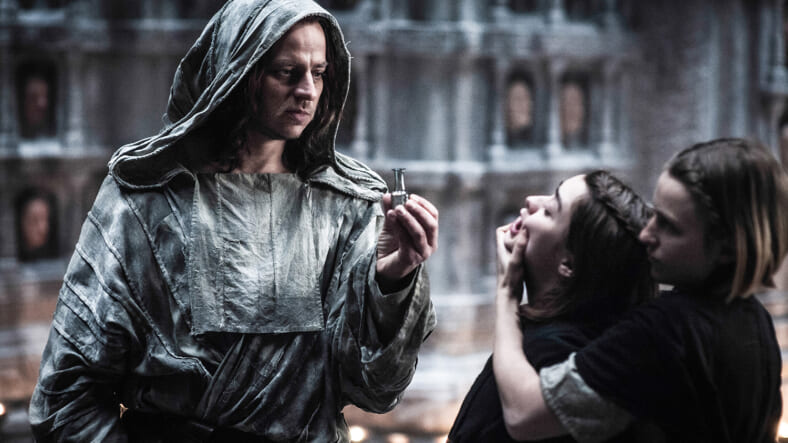 If HBO thought offering standalone digital subscriptions would curb piracy of its popular shows among cord-cutters, it was wrong. According to a new report released by TorrentFreak, HBO’s Game of Thrones is still the most pirated show on television — by a longshot.

According to the data — which TorrentFreak advised was likely an underrepresentation — Game of Thrones was ripped over 14.4 million times in 2015. That’s more than double the illegal downloads of its closest competitor, The Walking Dead, which was pirated 6.9 million times. Game of Thrones also had the single-most pirated TV episode earlier this year, when one file was shared by 258,131 peers simultaneously.

Though HBO, as Vanity Fair notes, has traditionally downplayed the economic threat of pirating — claiming the illegal downloads don’t impact Game of Thrones DVD sales — there’s one important data point that should concern the cable channel: The amount of illegal downloads of Game of Thrones was almost double its TV viewers at 8.1 million, suggesting that the $15-a-month digital subscription to HBONow was not enough to entice non-cable subscribers to watch Game of Thrones above-board.

New shows to break the Top 10 most pirated list were Mr. Robot and Supergirl, and The Big Bang Theory came in at number three behind The Walking Dead.

Game of Thrones Season 6 is set to premiere on HBO in April 2016.