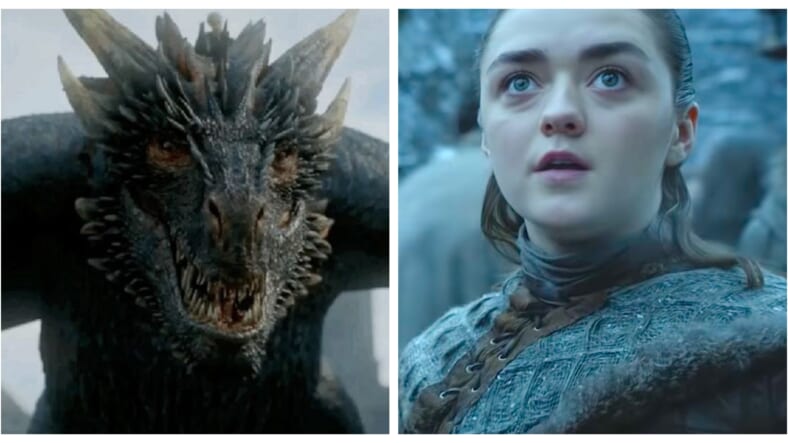 HBO once again dropped a season teaser that a huge segment of its audience only mined for the footage from Game of Thrones Season 8.

It’s probably overanalyzing, but that dragon-Arya connection is significant to fans who have paid close attention to the show throughout its run.

Esquire noted this and pointed out that Arya has always been into dragons:

If you’ll notice, everyone in the background is running scared, while Arya seems enthralled. That’s because she’s long had a fascination with dragons. In one memorable scene from Season Two, Arya talks with Tywin Lannister when she reveals her respect for the ancient female Targaryen dragon riders.“Visenya Tagaryen was a great warrior,” Arya says in the scene. “She had a Valyrian steel sword she called Dark Sister.”

Watch that scene below.

Not only does this underscore the character’s interesting arc as a born noblewoman who wanted to be a warrior, instead—becoming an effective assassin in the process—it could predict the tenor of her feelings about the possibility of Daenerys Targaryen rocketing in on the back of one of her scaly children like a badass. Arya Stark would be into it.

Given the interesting relationship between Daenerys and Jon Snow, we may have a hint of where Arya’s loyalties will be when Season 8 hits the small screen on April 14.