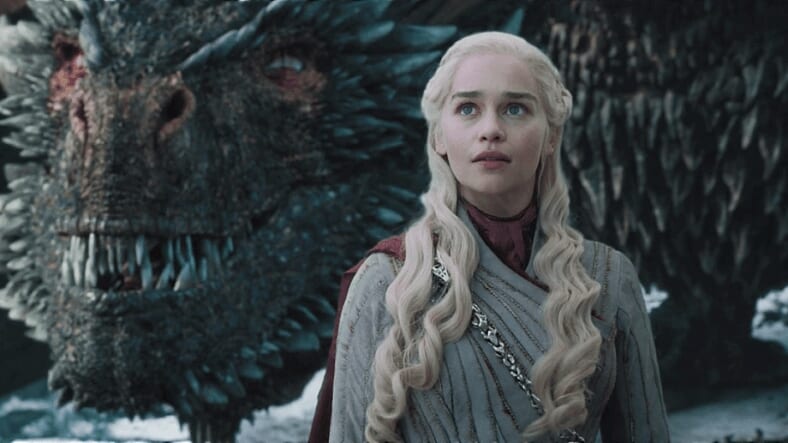 Game of Thrones fans have some George R.R. Martin fantasy to anticipate again, as the prequel series House of the Dragon has begun production in London. Nature is healing.

Fire will reign 🔥#HouseoftheDragon is officially in production. Follow @HouseofDragon for all updates. pic.twitter.com/lc3dhIcm5u

The GoT Twitter account released images from a socially-distanced table read Monday. One of what appeared to be the full cast and closeups of individuals as well, including Matt Smith, the former Doctor Who star who will play Prince Daemon Targaryen, Olivia Cooke (Alicent Hightower), and Paddy Considine (Prince Daemon Targaryen).

Matt Smith as Prince Daemon Targaryen.
The @HBO original series #HouseoftheDragon is officially in production and coming to @HBOMax in 2022. pic.twitter.com/7TLn4cSru5

Olivia Cooke as Alicent Hightower.
The @HBO original series #HouseoftheDragon is officially in production and coming to @HBOMax in 2022. pic.twitter.com/FOUBieuhE5

Paddy Considine as King Viserys Targaryen.
The @HBO original series #HouseoftheDragon is officially in production and coming to @HBOMax in 2022. pic.twitter.com/ZtS8zpkfS1

From HBO’s page for the new series, here’s the Dragon synopsis:

Based on George R.R. Martin’s book Fire & Blood, the series will tell the story of House Targaryen (a.k.a. the House that gave us the Mother of Dragons herself, Daenerys Targaryen) and take place 300 years before the events of Game of Thrones.

House of the Dragon has plenty of DNA from the original series behind the camera as well. George R.R. Martin is the executive producer and frequent Thrones director Miguel Sapochnik is co-running the show with writer Ryan Condal.

As The Hollywood Reporter notes, “House of the Dragon is one of six GoT-related prequel projects in the works at HBO.” That’s in addition to a live stage show expected to make it to Broadway with different performers inhabiting roles we know from the HBO show.

HBO expects House of the Dragon to premiere sometime in 2022.