“Battle of the Bastards” is seriously blowing up. 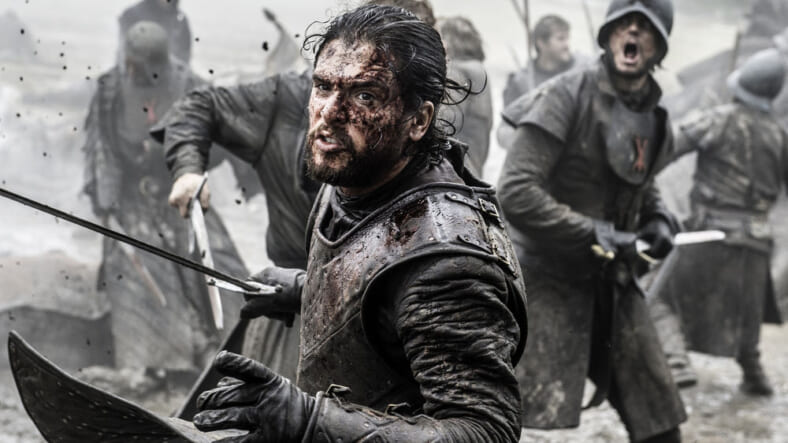 It’s official: the internet is completely losing it’s shit over the “Battle of the Bastards” episode of Game of Thrones.

Last week’s episode—which saw an epic battle scene and the gory end of Ramsay Bolton—received a perfect score on IMDB with over 85,000 votes. That means it beat out the hallowed Breaking Bad finale, “Ozymandias,” which also scored perfect rating, but with 10,000 less votes.

According to Reddit, the record was set just two and half days after the Game of Thrones episode aired. The Breaking Bad Finale hit 75,000 votes after being aired nearly three years ago.

Unsurprisingly, the face-off has caused to a heated debate in the comments section over whether Breaking Bad or Game of Thrones is the superior show. (It’s hard to argue that the brilliant Breaking Bad doesn’t top the soapy fantasy of Game of Thrones, but hey, it’s entirely up to one’s personal taste.)

With this week’s season finale looming, it’s entirely possible that Thrones can one-up itself and claim the best and second best-loved episodes of television ever—at least according to those easily excitable IMDB voters.

Guess we’ll have to find out on Sunday.