‘Game of Thrones’ Season 8 Will Have More Death, Torture and Blood Than Ever

“Everyone is coming together to fight the impending doom.” 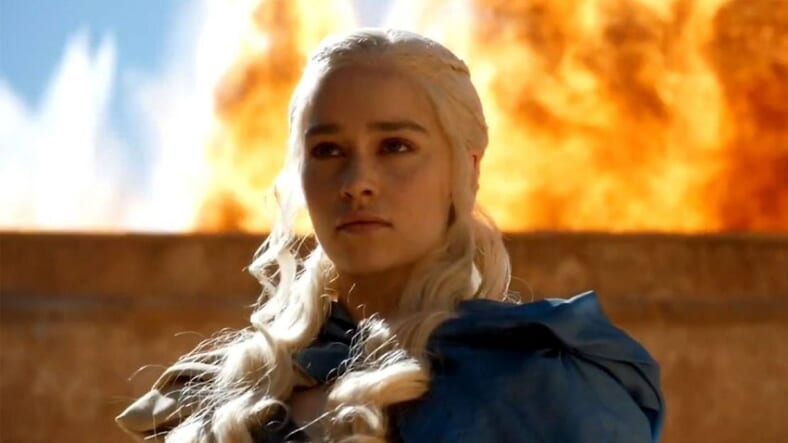 We know Game of Thrones has plenty of sex, blood, and violence. In other words, all the fun stuff. In Season 8—the final season—an interview with star Sophie Turner hints that we’ll see much more of the blood and violence than in the previous seven seasons. No word on the sex.

The death count on this show was already stratospheric… but you ain’t seen nothing yet.

Sophie Turner spoke with Gold Derby about Season 8 and she didn’t drop any spoilers, but she certainly said enough.

“I can tell you that there’s definitely a coming together of people,” Turner said, “Everyone is coming together to fight the impending doom. There’s a lot of tension between these little groups, battling for what they think is right.”

Then she dropped the most telling clue. “It’s Game of Thrones, so it’s going to be bloodier and more death and more emotionally torturous than all the years before!”

Turner is just the latest cast member to tease some heavy shit going down.

Emilia Clarke has said that her final scene fucked her up, “knowing that is going to be a lasting flavor in someone’s mouth of what Daenerys is.” Actor Iain Glen said “There may be surprises up there.”

One other big hint at what’s coming: apparently multiple major characters will bite the big dragon before it’s all said and done.

Sounds like a party, so bring the soda, chips and swords when it premieres in 2019.