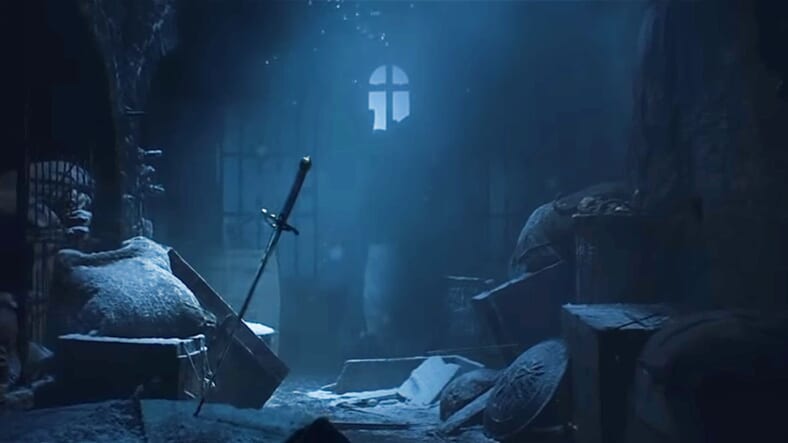 With a haunting new trailer and accompanying poster, HBO has just let fans know how grave the stakes truly are for the eighth and final season of Game of Thrones.

The trailer is a slow walk through a snowbound Winterfell, and it’s in ruins and seemingly devoid of life. Save for at the very end, when if you look close a human-shaped shadow can be seen through the snow blowing over a half-buried and bloody sword.

A poster tweeted from the GoT account doubled down. It’s like a warning: “Guess what? A LOT of people die before we’re done.”

That’s to be expected with Game of Thrones, which has rarely been easy on fan sensibilities when it comes to beloved characters.

It is, however, in contrast to the surplus of light-hearted promotional stunts happening as we wait for the final season to begin. HBO has sent people around the world in search of Iron Thrones. Mountain Dew has some on the lookout for Thrones-themed cans with disappearing ink. That’s just the first two that come to mind—more are on the way.

So basically, have fun for now, GoT devotees. Winter arrives on April 14 on HBO.