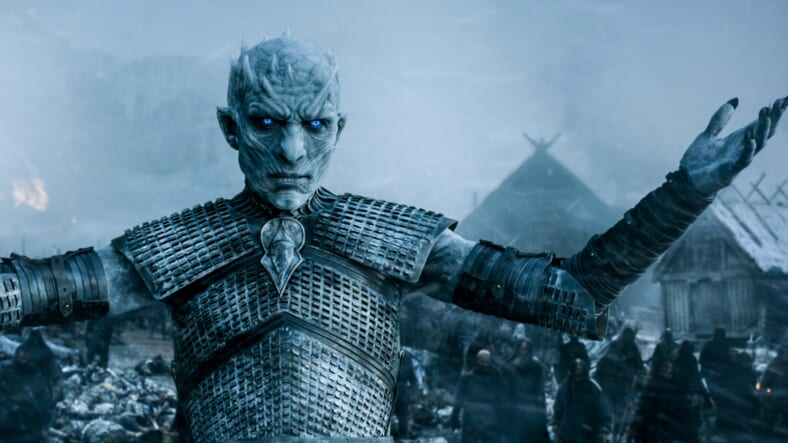 Last week, there was a viral fan theory floating around the internet that Bran Stark is actually the Night King. There was a lot of solid evidence to back it up, and frankly, I believed it.

It made me sad, however, to think that Bran, a moody teen with freaky psychic powers, is also a straight-up evil zombie who hates everything and wants to kill everyone.

Whaaaat? The evil White Walkers who kill everyone and everything, including that darling dragon Viserion, are the good guys???

Nah, doesn’t make sense to me. Those bitches epitomize all that is terrifying and unholy. But nonetheless, let’s see where this theory even came from.

Evidence A: A birds-eye view of the army of the dead from the finale shows that they march in a wolf-shape formation, and since the wolf is the sign of House Stark, it may suggest Bran is in charge of the army, and they’re on their way to kill Cersei, because Cersei is a horrible bitch.

So does Army of the Dead wolf march formation at the end of S7E7 mean Bran=Night King and is heading directly for Cersei? Ready, go. #GoT pic.twitter.com/wg6jYUlgts

Evidence B: Back in season 2, Sam hides his giant body behind a pebble and survives a bloodthirsty undead army, and a White Walker looks him dead in the eye, but doesn’t even attack him.

White Walkers are really mean and it seems like they hate everything, so there’s absolutely no other explanation as to why that White Walker didn’t tear Sam a new ass at that very moment.

It must be because Sam is a nice boy, and that White Walker knows it and doesn’t want to piss all over his purity.

What if the white walkers are the good guys! And they just want some warmth, good food and shelter #GameOfThones

Evidence C: If Bran is, in fact, the Night King, and he’s fighting for a good cause, i.e. to take down Cersei, it must mean his army is good, too.

Case for White Walkers being the good guys:
• Tear down borders
• Bring people back to life
• No incest

Eehh, that’s hardly enough evidence to base an entire theory off of. I don’t buy it. White Walkers are not the good guys. Case closed.