Watch The Bloody New Trailer For ‘Gears of War 4’

The explosive preview features the Run the Jewels track “Panther Like a Panther.” 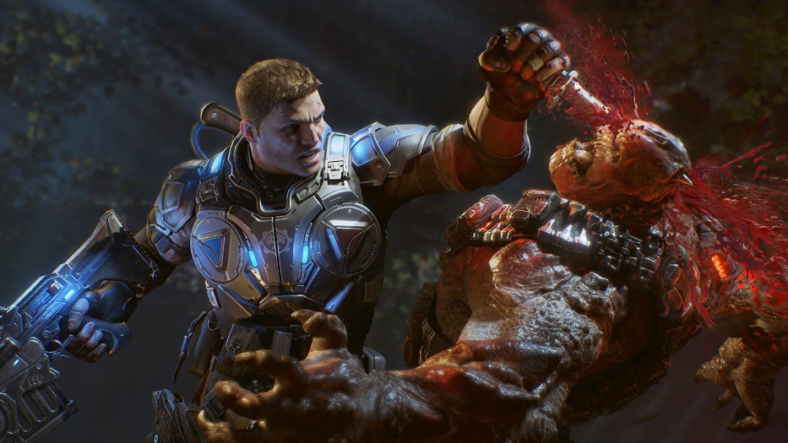 Squad deep gets a new meaning in the next installment to the mega-popular video game series, Gears of War.

The latest Gears of War 4 footage, accompanied by Run the Jewels‘ “Panther Like a Panther,” puts the new five-player co-op mode on blast. Horde 3.0 sees our players, each designated a different class level of soldier, sniper, scout, heavy, or engineer, fighting off their mutated enemies in 50 long, arduous waves.

Even with the extinction of both Locust and Lambert forces, expect a brand new threat set on destroying all of humanity in this upcoming third-person shooter. And, when it comes to victory every 10th wave, a new boss will show face, dead set on your failure.

Check out the trailer above and get shootin’ when it’s officially released October 11th.