The KISS frontman is running off his mouth again. 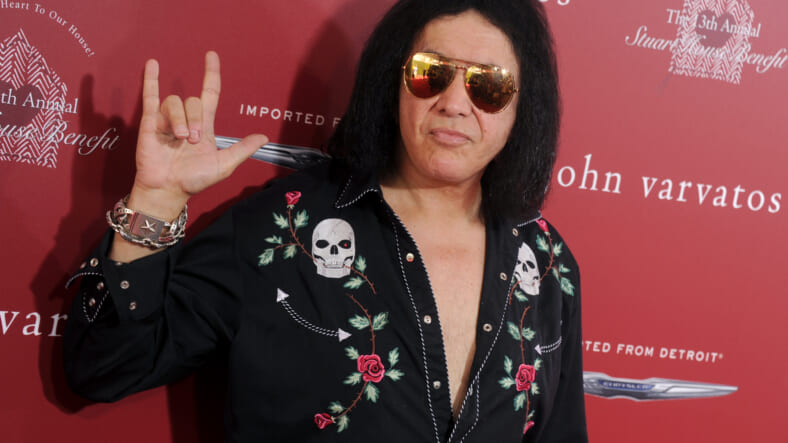 For a while now, Gene Simmons has seemed kind of hell-bent on proving to us that he can be kind of a dick: First in 2014, with his suggestion that people who are depressed and struggling with addiction should “kill themselves,” and more recently with his idiotic prediction that “rap will die.”

And now the outspoken KISS rocker has offered an unsolicited (and deeply uninformed) opinion on Prince’s tragic sudden death last month, calling the legendary musician “pathetic.” I repeat: Gene Simmons has called Prince pathetic. That is, after initially heaping praise on him in a baffling new interview with Newsweek:

“I think Prince was heads, hands and feet above all the rest of them. I thought he left [Michael] Jackson in the dust. Prince was way beyond that,” Simmons tells Newsweek. “But how pathetic that he killed himself. Don’t kid yourself, that’s what he did. Slowly, I’ll grant you… but that’s what drugs and alcohol is: a slow death.”

Simmons has long been completely intolerant and unsympathetic towards anyone with a substance abuse problem, which he appears to believe is a character flaw and not an illness. But Prince, who was indeed found to have painkillers in his system when he died, reportedly hardly ever drank.

And the painkillers were in all likelihood treating chronic pain in his hip and ankle. So we’re not sure where Gene Simmons is getting his information — odds are, he’s not bothering to educate himself at all.