And he sounds pretty excited for it. 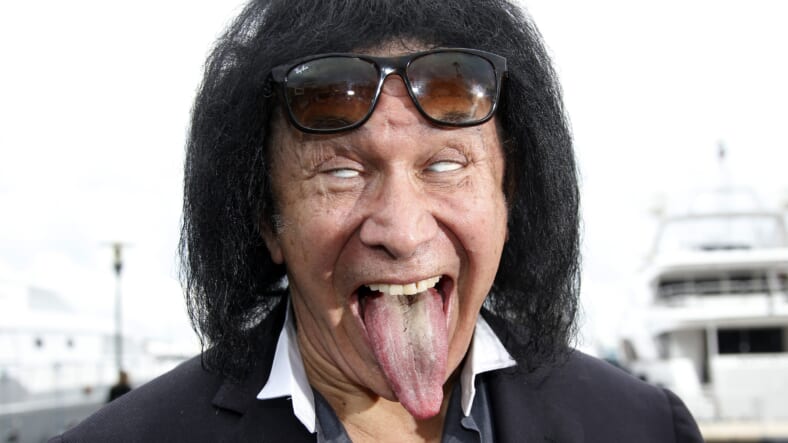 The always outspoken Gene Simmons, of the iconic rock band KISS, has opened his mouth again. This time, he’s talking about hip-hop.

Simmons recently spoke to Rolling Stone and made his perspective on rap pretty clear. “I am looking forward to the death of rap,” he said. “I’m looking forward to music coming back to lyrics and melody, instead of just talking. A song, as far as I’m concerned, is by definition lyric and melody…or just melody.”

The KISS frontman has had no problem vocalizing his POVs in the past, and has had to apologize for his comments on mental illness and women.

However, it doesn’t quite look like he’ll be making an apology for his most recent statement. Rolling Stone gave him the opportunity to elaborate or change his statement, but he instead said, “Rap will die.”

To make matters worse, he also said, “I don’t have the cultural background to appreciate being a gangster. Of course that’s not what it’s all about, but that’s where it comes from. That’s the heart and soul of it. It came from the streets.”

In the interview, Simmons also lashed out at Madonna and Lady Gaga, calling them “disco divas.” He said, “If Lady Gaga dropped the disco and the pole dancing and all that stuff and put together a rock band, that would be legitimate.” Lady Gaga and Madonna might beg to differ.

We’ll just wait right here for all of the clapbacks to happen.