Remember the comedy legend with these gut-busting clips. 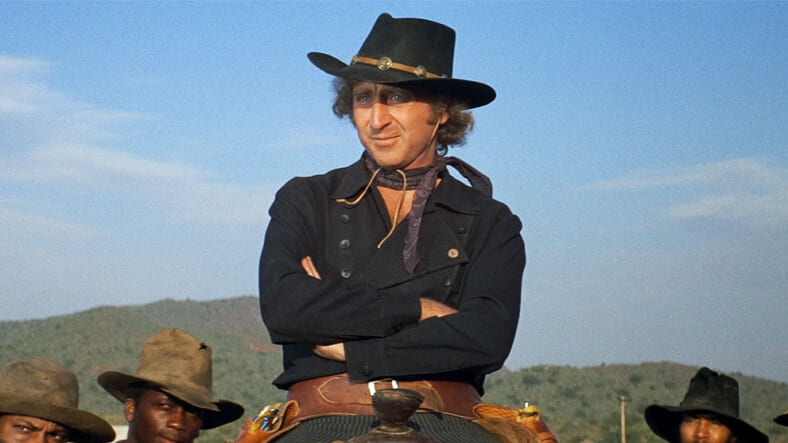 Few comedy stars today limit their work to one medium—sitcom superstars like Melissa McCarthy and Comedy Central staples like Zach Galifianakis regularly appear in hit films then go back to TV again.

Gene Wilder, who passed away on Sunday at age 83, was an old-school film star and modern comedic genius. Wilder’s brilliance burned bright in the movie theater, and as a result any list of his “best” work will always be open to debate.

Here’s our purely subjective list of five of Wilder’s very best performances. No look back at his amazing career is complete without them.

Since he directed the film Mel Brooks might be biased when he says Blazing Saddles is the funniest film ever, but as far as we’re concerned, he’s probably right.

And that’s in no small part due to Gene Wilder’s turn as Jim, the “Waco Kid,” an unlikely gunslinger who helps the African-American sheriff (Cleavon Little, who nabbed the part that the movie’s co-writer Richard Pryor wanted to play) overcome the prejudices of the townspeople he’s supposed to protect. Blazing Saddles might be wildly offensive to some overly sensitive viewers today, but that doesn’t negate the fact that every scene starring Gene Wilder is pure comedy gold.

Lists rely on someone deciding the order, but as far as we’re concerned Young Frankenstein—which Gene Wilder co-wrote with Mel Brooks—could easily be number 1a alongside Blazing Saddles. While every role is perfectly cast and every actor is at the top of their comedic timing game, Wilder was the undisputed star as young Dr. Frederick Frankenstein. And no one but him could make a hysterical bit merely from insisting his name was pronounced “Frahnk-n-steen.”

Gene Wilder first teamed with Richard Pryor in 1976’s Silver Streak. That was a very funny film, but for our money the best Pryor/Wilder collaboration was Stir Crazy, in which the pair played friends imprisoned after someone frames them for a bank robbery. The contrast between Pryor’s edgy but timelessly cool brand of comedy and Wilder’s way with manic awkwardness was perfectly drawn in this film. Stir Crazy was a showcase for a truly balanced comedy partnership.

Gene Wilder was keenly aware that his most iconic role was as the magical proprietor of an epic candy manufacturer. Willy Wonka is today—in part thanks to a now-tired meme—still perhaps the role that first comes to mind when we think of the performer. Time has taken some of the shine off the movie in general, but absolutely nothing from Gene Wilder’s performance as the title character. His Willy Wonka was equal parts sunshine and menace and elevated an otherwise workmanlike kid’s film to something adults could knowingly nod at, even today.

In the end, we’re pretty biased in favor of the times Wilder paired with Pryor to make us bust a gut. In their first team-up in Silver Streak the contrast between Wilder’s ability to play a restrained but slightly hysterical nerd and Pryor’s effortlessly slick hipster vibe was on full display. Silver Streak is another Wilder film that might not get made today (at one Point Pryor’s Grover Muldoon has Wilder’s George Caldwell wear black face to evade police) but concerns about being PC vanish in reliving the first time these comedy legends got together to crack up audiences around the world.

Gene Wilder was the consummate entertainer, and it’s clear his presence onscreen only made his fellow cast members up their game. We won’t see the likes of him again.