And you thought the prequels were bad. 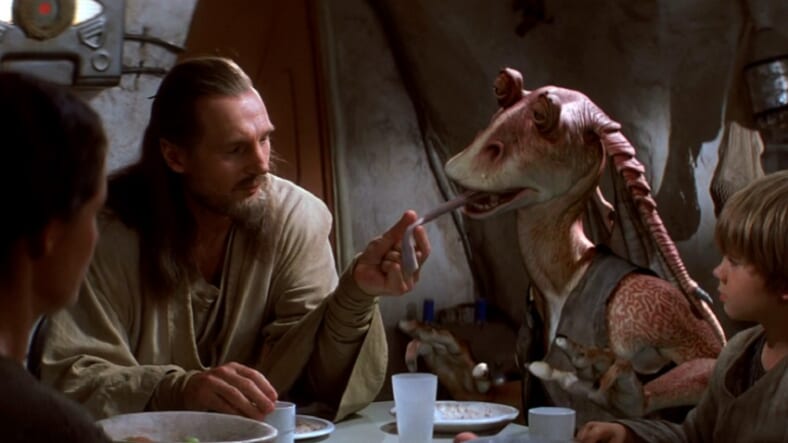 While George Lucas deserves eternal gratitude for inventing the Star Wars franchise in the first place, the criticism he received regarding the prequels was well-deserved. Jar Jar Binks and the introduction of “Midichlorians” alone merited the eye-rolling reaction they received from fans.

After learning what he wanted to do with this final trilogy—7 through 9—you might reconsider the prequels. They look like sheer genius by comparison.

Lucas wanted to introduce a tiny world of creatures that fueled the Force, creatures he called “the Whills.”

Midichlorians look pretty cool now, huh? Here’s a tweet that excerpted his comments from a book that accompanies James Cameron’s AMC series about the history of Science Fiction.

As far as I've seen, these are the first specifics George Lucas has shared about what his vision of Episodes 7-9 would have been. This comes from @insighteditions awesome companion book to "James Cameron's Story of Science Fiction series" on AMC: pic.twitter.com/Wtlw8zlrqv

Lucas, to his credit, realized fan reaction would’ve been negative, to say the least, and his words, “just like they did Phantom Menace and everything” indicate a measure of resentment. Which from his perspective is understandable.

And some Star Wars fans can admittedly be downright cruel. The racist attacks against Kelly Marie Tran and John Boyega are perfect examples.

Still, “Whills?” Come on. There’s no questioning the fact that George Lucas is a visionary creative, and the original trilogy alone is genius. But yeah, we’re pretty sure he’s right: the Whills would’ve gone over like a turd on a wedding cake.