‘Fire And Blood’, a 640-Page ‘Game of Thrones’ History Book, Is Coming This Fall

“Game of Thrones” fans are in a frenzy. 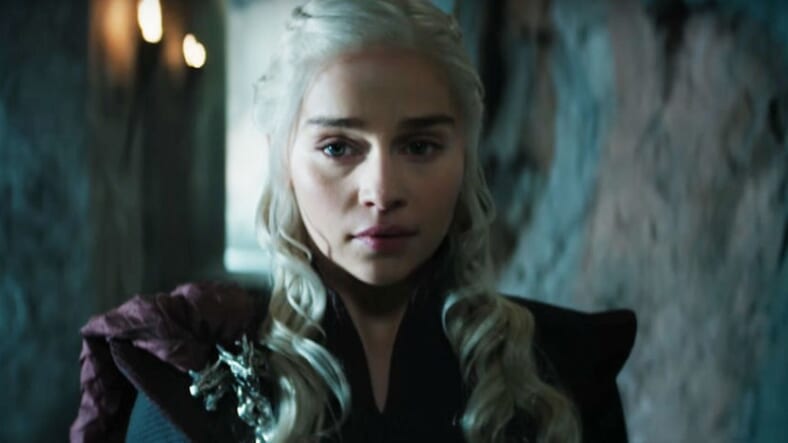 George R.R. Martin is apparently as cruel as the world he created in Game of Thrones. He just announced a new, 640-page book that’s coming in November, but—it’s not a 6th installment in the series.

Martin tweeted about it and wrote a blog post as well.

FIRE & BLOOD, the history of the Targaryens, will be releasing in hardcover on November 20! Read more about it in my blog post: https://t.co/Y6kdsfEds9 #FireandBlood pic.twitter.com/URFJRzGA9r

No, winter is not coming… not in 2018, at least. You’re going to have to keep waiting for THE WINDS OF WINTER.You will, however, be able to return to Westeros this year, as I suggested back over on Live Journal. Archmaester Gyldayn has at last completed and delivered the first half of his monumental history of the Targaryen kings of Westeros, FIRE & BLOOD, and Bantam Spectra and HarperCollins Voyager will be releasing the hardcover on November 20, I am thrilled to say.

C’mon, man. Fire & Blood is essentially a history of main families in Thrones, and it takes place 300 years before the current timeline.

When you realise the next book GRRM will release is not Winds of Winter… #FireandBlood pic.twitter.com/fMjT2eCcFi

I have no intention of buying this. Just give me book six please.

George R.R. Martin will publish Fire and Blood, the 640-page Game of Thrones history book no one asked for, this fall https://t.co/h2Innxyrpz

Hey @MalloryRubin @netw3rk talk me off the freaking edge…Why would #GRRM think we want freaking #FireAndBlood before #windsofwinter ?!??! WHY?!?!?!? Is he just trolling us at this point!?!?!?

@andrearene how much of a troll is this. New book on November that ISN'T "Winds of Winter" ?!? Fire and blood sounds nice and all, but come on…book 6 now! https://t.co/aMX8JlBXH0

Twitter always has reactions, of course, but Game of Thrones fans are another level, and they want blood, but not Fire & Blood. Obviously.

George R.R. Martin should stay away from Medieval Times restaurants and Renaissance Faires from here on out. For his own safety.