Even A Ghostbuster Hates The New ‘Ghostbusters’ Trailer

There’s a reason why it’s the most hated movie clip ever posted on YouTube. 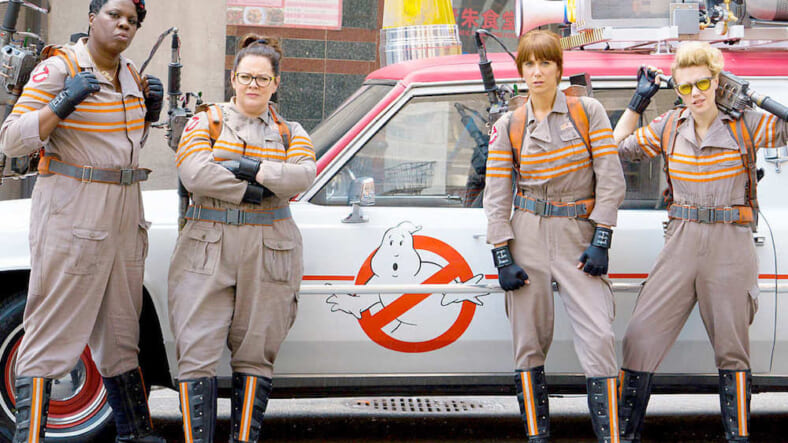 Apparently the world needs a friendly reminder that when Melissa McCarthy speaks, you listen. Hollywood’s leading funny lady will next be seen in the much-anticipated (and feared) all-female Ghostbusters reboot.

Some diehard Ghostbusters fans have had a bad attitude about the reboot (perhaps in part because it has an all-female leading cast), so the stakes were pretty high when the much-reviled first trailer was released this spring.

The initial social media reaction was tepid at best, but it seems even those unenthusiastic audiences were being polite: The Ghostbusters trailer has been awarded the dubious distinction of most-hated trailer ever on YouTube, with over 600,000 thumbs down.

But maybe the trailer would have been less disastrous if those involved in the production had listened to one of the movie’s stars. In an interview on the “John, Jay and Rich” radio show, McCarthy admitted she found the trailer “very confusing,” primarily because she thought it gave the impression that the new Ghostbusters was somehow a continuation of the original franchise.

“It’s a reboot not a remake*,” she said on the show. “I know its weird that they say [in the trailer] ‘30 years ago’, but in this movie its like the first one didn’t happen. It’s a great story but it’s told totally differently. It’s four unlikely heroes, it’s in New York City, ghosts are taking over; it’s that same classic story but it’s not 30 years later … it’s not dependent on the first one.”

*Speaking of confusing, we think McCarthy meant to say sequel instead of remake. But otherwise we totally hear what she’s saying.

McCarthy said she tried to voice her concerns with those responsible for making the trailer, but she was dismissed.  “Believe me the question was asked,” McCarthy said. “I think that it’s very confusing. But then everyone said we don’t care what you think.”

Not cool, whoever is responsible. For those still interested in seeing it, however, Ghostbusters opens July 15.