Watch This Viral Clip of a Giraffe Giving Birth, Then Kicking A Zookeeper Right In the Nuts 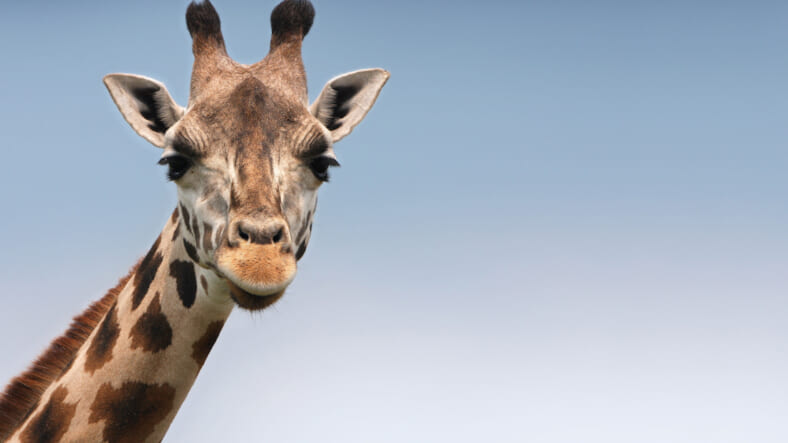 The biggest story of the Easter weekend was not the escalating arms race with North Korea.

It was actually a livestream of a giraffe, April, giving birth at a New York zoo. Cute!

OMG April the Giraffe has given birth 🎉 pic.twitter.com/xiZYU90pIY

The livestream, which NPR described as “widely-and-intensely-watched,” drew 1.2 million viewers. We have absolutely no idea why, but the Internet works in mysterious ways.

The payoff from the two-month-long livestream was not the moment April finally gave birth on Saturday to a healthy male giraffe. It was actually April kicking a zookeeper in the nuts soon after giving birth.

When an unknown zoo worker stepped instead April’s pen to feed her and her newborn, she went all mamma giraffe on his ass (correction: nuts).

Whether she was just protecting her newborn or was frustrated the entire world had been live-tweeting her delivery, she clearly wasn’t having this dude’s shit.

Above, relive the greatest moment the Internet have given 2017—a giraffe kicking a dude in the you-know-where.