This is the most brutal rejection you’ll ever see. 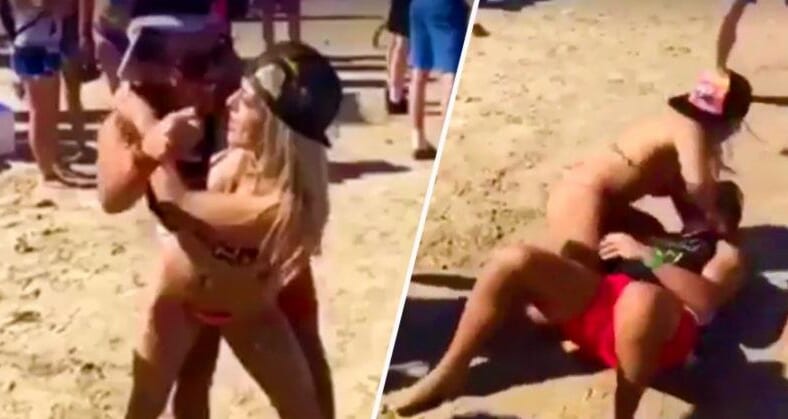 If you’re going to shoot your shot, don’t do it like the dude in the video above.

It’s unclear if this joker knew the bikini beauty before creeping up behind her on the beach. What we know for certain is that he’s definitely a douchebag (see the sun visor sitting not-so-stylishly askew on his head), and he got totally owned in one of the more entertaining “fight” videos you’ll ever see.

After executing a near-perfect shoulder throw, the girl scrambles to put him in a UFC-worthy arm bar and torques his elbow pretty hard right before the clip cuts out.

Hopefully she didn’t bust him up too bad. But we’re betting she taught him a valuable lesson, as well as making one helluva an epic video.