The New Netflix Western ‘Godless’ Is Packed With Women and Guns, So Best Watch the Trailer Right Now

This is truly must-see TV. 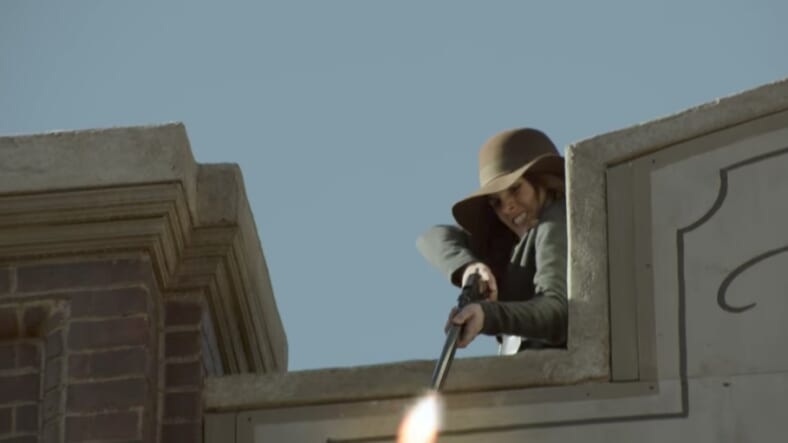 Netflix is getting wild with its next original series, Godless.

The trailer for the Western series just dropped, and it pits a band of murderous outlaws against a town of only women.

Think Themyscira… but on the frontier.

“Godless follows the fates of Frank Griffin and his murderous gang… of Roy Goode, the member who turned against them… and of La Belle, the town full of women who must defend themselves when they get caught in the crossfire,” the official synopsis reads.