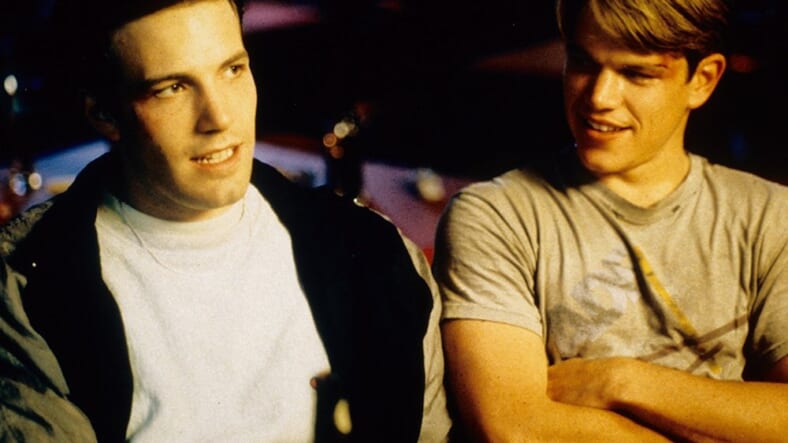 Bernard Cohen, an MIT graduate of the class of 1962, claims he wrote the original script for Good Will Hunting… not Matt Damon and Ben Affleck.

Cohen told the New York Post that he pitched the idea to producer Chris Moore in the 1990s, after meeting him at a New York City bakery.

“I thought [Moore] was someone else and started talking to him,” Cohen said. “I asked him, ‘Do you know someone younger who could help me finish it?'”

“I didn’t have anything in writing. It was all verbal. I didn’t even ask for a part,” Cohen added. “But I said, ‘When it wins Best Original Screenplay, I want a thank you, and I want you to finance my next film.'”

“Someone younger” ended up being Moore’s Harvard classmate Matt Damon and Ben Affleck, who won Best Original Screenplay in 1997 and also starred in the movie alongside Robin Williams.

Cohen said after the Oscar win, “Moore acted like he didn’t know anything and told me not to call him again.”

“I was double-crossed,” Cohen claimed. “You can’t do it the way I did it, obviously. I figured I was such a ball of fire it didn’t matter what I gave away.”

Cohen told the New York Post he did not tell anyone he created the story of a janitor/secret math whiz for 20 years.