Another ‘Goon’ Sequel Could Be Coming, a ‘F*cked Up Cross Between ‘Heathers’ and ‘The Mighty Ducks” 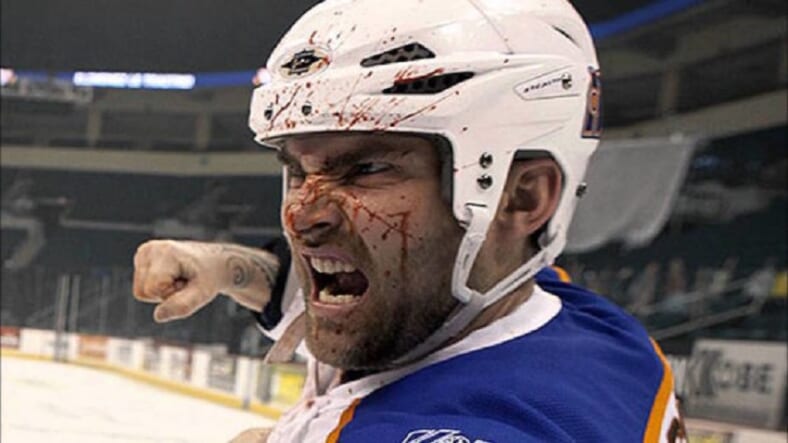 If you are a big fan of the Goon movies—Goon and the upcoming Goon: Last of the Enforcers—director and screenwriter Jay Baruchel has good news: he’d love to make more.

SlashFilm spoke with Baruchel and he said that he has three “massive” Goon-related stories in mind. Baruchel said the creative minds behind the first films “have way more story than we were able to fit into two movies.”

He sketched out one story in particular. Baruchel described it as “a fucked up cross between Heathers and The Mighty Ducks” and said it would focus on Doug Glatt’s (Sean William Scott) daughter.

“It’s a teen high school comedy,” Baruchel said, “about how hard is it come of age, how hard it is to be a girl in high school, especially when you’re six-foot-two and you’re the hardest hockey player on the team for the boys. I think that could be something awesome. There are about four other arcs between number two and that one we’d like to tell.”

That sounds inherently hilarious, with opportunities for some pretty original hockey fights, which of course might be the point for some.

Goon: Last of the Enforcers is in theaters and available on-demand Sept. 1st. If Baruchel has his way, that won’t be the last time Doug Glatt kicks some ass.