GoT reruns reigned supreme, plus the rest of 2018’s ten most popular TV shows. 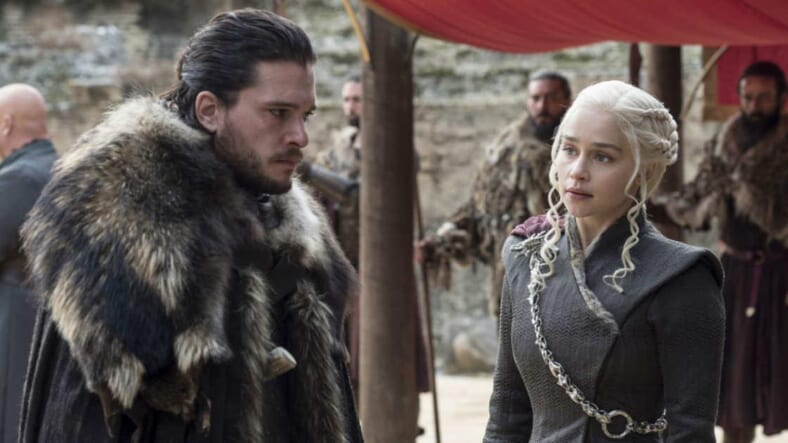 No new Game of Thrones episodes aired in 2018, but that didn’t stop HBO’s ratings juggernaut from being crowned the most popular show on TV for the fourth year in a row.

Data gathered by Comcast reveals that Thrones attracted more viewers than any other TV show available on their Xfinity video-on-demand platform.

Vulture notes that the cable and broadband company’s metric is more limited than the Nielsen ratings, but it’s still representative of the 22 million households that subscribe to the Xfinity service.

NBC’s primetime hit This Is Us and Starz’s Power took the second and third spots, respectively. Fox’s newly launched 9-1-1 and ABC’s The Good Doctor made their debuts on the rankings to round out the top 5.

NBC’s The Voice (No. 14) and America’s Got Talent (No. 17) both finished in the top 20 this year. The Voice has taken a big hit in Nielsen’s linear ratings, so perhaps this is a sign that some audiences are simply watching the show in a different way now. MTV’s Jersey Shore Family Vacation (No. 8) replaced Teen Mom 2 as the network’s biggest on-demand show, while Lifetime’s Married at First Sight (No. 15) broke on to the chart for the first time this year.

Viewers’ interest in comedy did vary slightly based on location. For example, Saturday Night Live cracked the top 20 in San Francisco and Washington D.C., as did The Simpsons in Portland, Denver and Minneapolis.

As for movies, Jumanji: Welcome to the Jungle took first place, followed by Black Panther, Avengers: Infinity War, Deadpool 2 and The Greatest Showman.