Kanye West, The Strokes, and The Killers are set to headline. 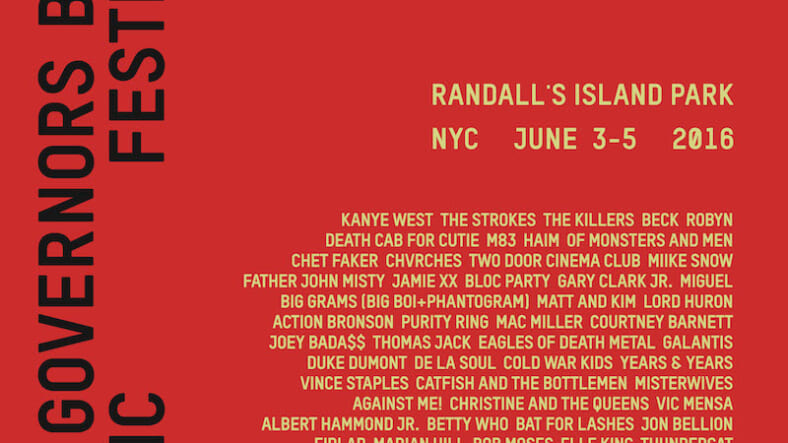 It’s almost cruel to pour over the lineups of all of these amazing music festivals coming up in the next few months while huddled around our sad cups of coffee, shivering balls in the dead of winter. But spring and summer will be on their way eventually and now that the official lineup for Governor’s Ball has been announced, we’ve got one more thing to look forward to.  Warm your hands by THIS fire:

The sixth annual edition of the festival will take place Friday, June 3rd through Sunday, June 5th on scenic Randall’s Island Park and tickets are on-sale NOW. Snap them up quick so you don’t miss the chance to see Kanye West, The Strokes, The Killers, Beck, Robyn, Of Monsters And Men, Death Cab For Cutie, Chet Faker, Chvrches, Haim, Miike Snow, M83, and many more of your favorites, all packed in to an oddly comfortable spot (by music festival standards, at least). To get you pumped, here’s a video recap of Governor’s Ball 2015: