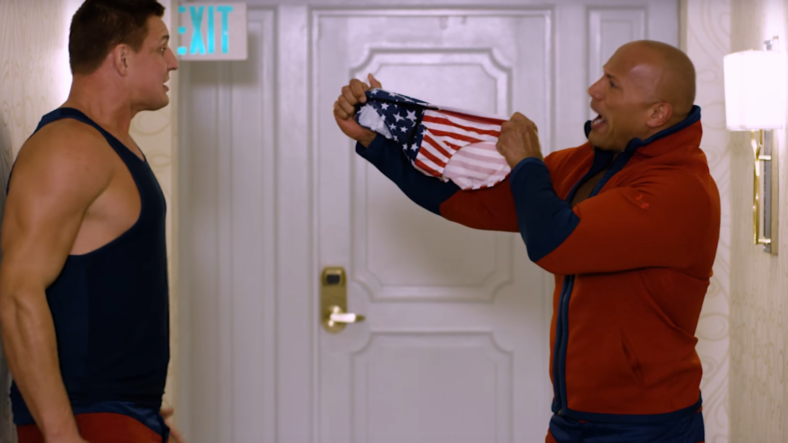 The promoters of this summer’s much-anticipated Baywatch remake are going balls to the wall with teasers and trailers featuring Dwayne “The Rock” Johnson. Or should we say, balls to Rob Gronkowski’s face.

In what is certainly the strangest promotion for Baywatch yet, we see The Gronk and The Rock bro-ing out hardcore in a hotel hallway. Johnson then gifts the revered Patriot’s tight end with Zac Efron’s All-American Speedo as a reward for his team’s Super Bowl victory.

Mistaking them for Pam Anderson’s bikini bottom, he stretches them over his face like a total freak until The Rock informs them of the sad, sweaty truth.

Check out the weird-but-hilarious action in the clip above.