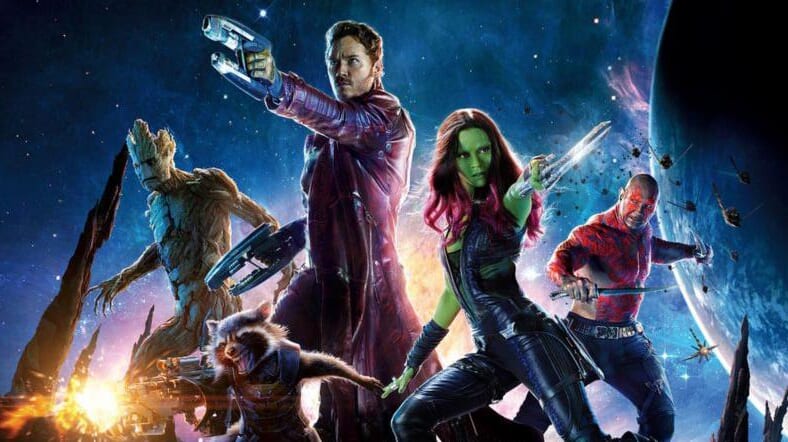 Following Disney’s firing of writer-director James Gunn from Guardians of the Galaxy Vol. 3, several of the hit superhero franchise’s stars have come forward to support and defend the filmmaker.

Disney’s decision came after several decade-old tweets posted by Gunn resurfaced, the content of which included offensive jokes about rape and pedophilia. Gunn apologized in an official statement:

“My words of nearly a decade ago were, at the time, totally failed and unfortunate efforts to be provocative. I have regretted them for many years since — not just because they were stupid, not at all funny, wildly insensitive, and certainly not provocative like I had hoped, but also because they don’t reflect the person I am today or have been for some time.”

“This account will be inactive after today,” Rooker wrote in a now-deleted tweet. “We’re very tired & upset over the ongoing BULLS–T… neither I nor my rep will use Twitter again. Twitter sucks and I want nothing to do with it. Thank you to all who gave kind words & support. See you on Instagram.”

Dave Bautista, who plays Drax, declared that he is “NOT ok” with Gunn’s firing.

I will have more to say but for right now all I will say is this..@JamesGunn is one of the most loving,caring,good natured people I have ever met. He’s gentle and kind and cares deeply for people and animals. He’s made mistakes. We all have. Im NOT ok with what’s happening to him

“Understand this, my dear brothers and sisters. Let every person be quick to listen, slow to speak, slow to anger.”

Gamora actress Zoe Saldana and Nebula actress Karen Gillan both declared love for all of their “GOTG family.”

It’s been a challenging weekend I’m not gonna lie. I’m pausing myself to take everything in before I speak out of term. I just want everyone to know I love ALL members of my GOTG family. Always will.

Love to every single member of my GOTG family.

Pom Klementieff, who plays Mantis, echoed Saldana and Gillan’s sentiment in a video in which she writes a note that reads, “We are Groot. We are a family. We stand together.”

Guardians of the Galaxy cast members aren’t the only ones who are speaking out. Actress Selma Blair urged fans to sign a petition to bring Gunn back on board in a now-deleted tweet and thanked him for guidance in another.

@JamesGunn I thank you for your talent, your decency and your evolution as a man. You propped me up when I was in a scary place, and guided me towards the decent and right thing to do. You have shown strength of character more than most anyone I know. You understood https://t.co/9kSf8Z1dP1

This is insane to me. Is this real?! Jesus. Well there goes that R rated jar jar binks movie I’ve been working on. I QUIT, DISNEY! https://t.co/G9hu4mw3Iq

Yeah, I’m getting edjumicated on all this stuff I didn’t know. And again, I want to be clear I’m not defending the jokes… shit I didn’t even read most of them. It’s just the idea of being fired for tweets made many years ago is wild and definitely a sign of the times.

But Roiland may have his own controversy to worry about. Dan Harmon, who is also credited as the Adult Swim cartoon’s co-creator, recently deleted his Twitter account after a sketch in which his character appears to perform sexual acts on a baby doll surfaced on YouTube.

If you’re thinking about tweeting a lewd joke, be ready to lose your job… in 2028.