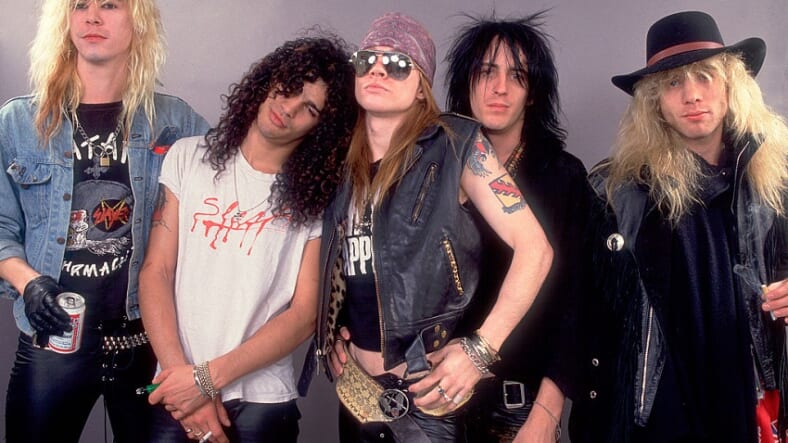 It’s beginning to look a lot like Guns N’ Roses will be hitting the road in the continental U.S. at some point in 2017. An AT&T-sponsored commercial touting a GN’R comeback was recently posted on Youtube. Halfway through the spot busts out with “They’re back for more in 2017.”

Ultimate Classic Rock also took note of the fact that Montreal-based social media users have been posting snaps of a Guns N’ Roses billboard seen around the city.

The tweet above translates, “Billboard of Guns n ‘ Roses on Highway 40 at kilometer 92. Announcement of a concert at the Bell Centre of #Montréal soon!”

As Ultimate Classic Rock points out, this is not shocking news:

This shouldn’t come as a surprise. Their two-month stretch across the continent this past summer saw them play for more than a million fans and take in $116.8 million. And back in July, Dale “Opie” Skjerseth, their production manager, suggested this would happen, telling an Atlanta radio station, “I’ve been told there’s no end date. I’ve seen plenty of dates going far into next year.”He added that the band has matured in the more-than two decades since Slash and Duff McKagan were last in the group. “Everybody’s working together to keep a common goal – keep the machine going,” he continued. ““Everybody’s older. They carry their families with them. They all have to have their spaces. Everybody meets before we go onstage. It’s a meeting point – and that’s where the chemistry happens.”

So it seems that Axl and Slash have caught a second wind, as when the group’s South American tour is over at the end of November they’re only breaking for December and part of January, 2017 before hitting the road again with concerts scheduled everywhere from Japan to Dubai.

All we’re waiting on now is basically the exact venues and dates in the U.S. and Canada. Start scheduling sitters for the kids and limbering up your head-banging muscles today.