And you thought you had issues. 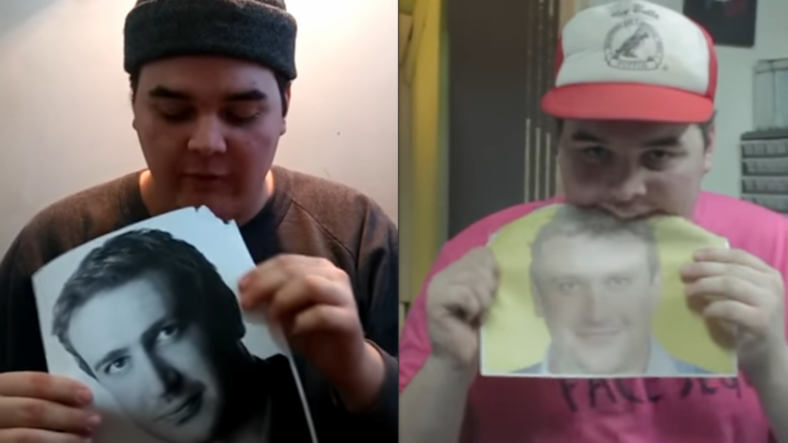 We hate to break it this dude, but the whole scheme seems like a long shot. Firstly, who wants to eat a photo of anyone or anything named “Dog Shit.”

And while eating paper could be the kind of goofy stunt that one of Segel’s characters might partake in for a multi-million dollar film, doing it just to appease a weirdo fan (stalker?) seems like pretty weak motivation for a successful actor. Not to mention, this is the photo he’s wants Segel to print to ingest.

That said, Dog Shit is doing a few things right. He’s stayed true to his little experiment and uploading a video of him chowing down on Segal’s face daily.

He’s also started the hashtag #eatmyfacesegel, which has generated a buzz on social media and undoubtedly aided in getting his first video past the 500,000 view mark.

He’s even gone so far as to get a tattoo reading “Jason Segel” on his thigh, proving his dedication to this totally pointless endeavor.