H. Jon Benjamin Has a Voice for Television

We talked to the man behind ‘Archer,’ ‘Bob’s Burgers,’ and more. 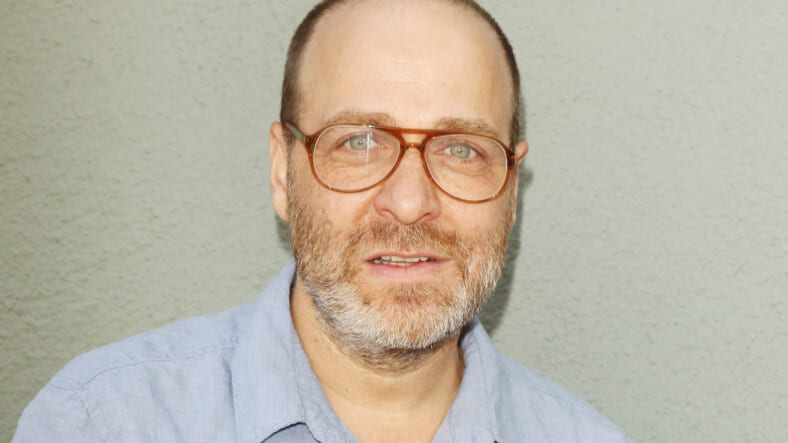 H. Jon Benjamin is the busiest face you wouldn’t recognize in Hollywood — but don’t tell his fans that. As the voice behind FX’s titular super spy on Archer, as well as Bob Belcher on Fox’s animated darling, Bob’s Burgers, Benjamin has cultivated a persona that’s led his fans to believe the deep baritone behind their favorite characters only has to show up a few hours a week to read lines in a booth. What they don’t realize, of course, is that Benjamin is a comedian, musician, and actor on top of that, appearing in Aziz Ansari’s Master of None and releasing a jazz album last year.

With the seventh season of Archer premiering on FX on March 31st, we caught up with Benjamin to hear about Sterling Archer’s move to Hollywood, the downsides of gentrification in New York, and what it’s like being an anti-hero to a large swath of millennials.

I was doing a little research and saw that you performed at UPenn recently, and their paper did a nice little write up about it. One quote stood out in particular is from a student who says, “I didn’t realize how little work he actually does.”

Yes, that is a common misconception about my life, and I assume anybody’s who does voice work. I don’t recommend not working hard but it’s worked for me.

Everyone tends to say, “Oh, you’re so busy, you’re on two shows.” It’s not that busy. Aisha Tyler, who plays Lana, she’s busy. She works on like, four television shows, and they’re all probably long days, and a lot of makeup, and a lot of preening and yelling at people, and having to learn a bunch of lines and do all that. So it is demonstrably different when you’re doing two animated shows, which is more like no makeup, no memorization, and a couple hours a week. Sorry America! That’s the lot I’ve been given.

People don’t realize is that you’re not just a voice actor — you do improv, live action, and writing.

Voice actors I used to know who were starting out in comedy were guys who did a lot of voices. They were usually comedy actors who developed their comedy by doing tons of impressions, and voices that were usually very funny. And I never did any of that, so that’s I guess why I don’t consider myself a voice actor.

The goal was never to be an outright voice actor, and yet here you are voicing two of arguably the most iconic characters in comedy. Is it difficult to balance that perception with the side that’s doing more than just voice acting?

It’s a little bit awkward. The good thing is that animation doesn’t really spill into the regular. I’ve not done that well in my live action career. But part of that was because I’ve primarily been really busy working on animated shows for a long time. I think to a degree, I’m maybe more suited for voice work. And I don’t just mean my face and body. Because maybe there’s something about what I do that just for some reason, is better to just hear me.

In the end, even if I’ve written it, I’m a performer or an actor within those shows. I think people who are big fans of Archer or Bob’s Burgers can pick me out, but I don’t know how distracting that is. In the end I hope I’m really just working for the show the best I can. Whoa, I sound really positive today.

You’re fine! I didn’t mean to make you stare right into your comedy id. You came up with a group of Boston improvisers, like David Cross and Sam Seder. How has it been watching all of your careers take off, yet in different directions?

It was almost absurd that there was even a show in Watertown, Massachusetts. Everybody I came up with moved to Los Angeles or New York because they were comedians trying to get on television, and get more stage time, and get an audience. My first animated show was produced outside of Boston. And I don’t know if there were any shows produced in Boston at that time. Maybe some public television shows. So [comedy] kept me going. It was an improvisational show and we were really fortunate and it was a crazy thing that that happened.

And now you work regularly with some of the same animators, writers, and comedians.

It’s a lot more convenient. You don’t have to work too hard to get the job, which is a big part of what most actors have to go through. I’ve been fortunate to have come up with people who are very driven, and they’ve done very well. Loren Bouchard, who created Bob’s Burgers, was my entry to Adam [Reed] and Archer.

It’s much different now than it was. Archer and Bob’s Burgers are both much bigger shows than I used to do, so the trajectory has been bigger, better shows. Not better, but more known and more recognizable. I toiled away on these little animated shows for 10 to 12 years, and those were all great shows and great jobs…and look where I am today! You have to write it like that. Exactly like that. Make me sound sing-songy.

We’re heading into the seventh season of Archer and I love that it’s set in Hollywood.

LA is a very particular kind of place. It’s not exactly a commentary on contemporary Hollywood, but that’s it set in LA is great. [Archer creator] Adam Reed, especially now, later in the life of the show, has been coming up with incredible concepts for season arcs which is fun to do. And I think he’ll do more of them. But yes, you are right, this one is set all in LA, working for Cyril.

It’s great to see the cast grapple with moving to LA and not being anything special in Los Angeles, having gone from CIA spies to unlicensed private eyes. It feels like in LA, if you don’t work in entertainment, you aren’t special.

Oh that’s not fair! It is a bit of a one-horse town, though. But, that’s like a lot of places. I live in New York and it’s predominantly finance. And bagels.

When I lived in the East Village, it had just turned the corner from heroin chic to all finance. New York has changed a lot.