The incredibly popular drama has also been a big target for hackers attacking HBO. 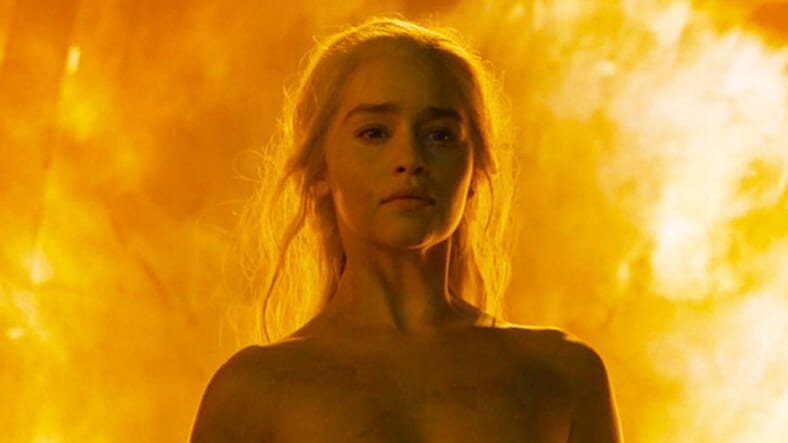 Servers holding upcoming episodes and scripts for Game of Thrones are apparently so much swiss cheese for some hackers, and they’re crawling in through holes like happy mice and making away with big chunks of intellectual property.

Now it looks like one of HBO’s affiliate networks has compounded the problem by allowing season seven’s episode 4, “The Spoils of War” to be snagged by sharp-eyed downloaders—basically hacking themselves by accident.

This  comes on the heels of the script for the same episode leaking earlier in the week.

EW reports that episode 4 was apparently stolen from one of HBO’s international partners, Star India. The network’s watermark is reportedly evident on the video.

A spokesperson for Star India gave a statement to EW which confirmed that the episode had indeed been released. “We take this breach very seriously,” the statement read, “and have immediately initiated forensic investigations at our and the technology partner’s end to swiftly determine the cause. This is a grave issue and we are taking appropriate legal remedial action.”

As EW says, the same hackers who attacked HBO and got away with unaired episodes of The Rock’s Ballers as well as the new anthology series Room 104—not to mention internal docs intended for in-house use—could be to blame for this leak.

There is strong evidence, however, that Star India simply fucked up and someone took advantage of their mistake. SmartPrix writes:

The episode went live on the Star India official website (URL disabled now) but was pulled down soon after. However, not before the damage was done. Some active netizen with all haste at his disposal downloaded the video and posted it on Reddit, thus granting public access.

HBO can revamp its cyber security all it wants, but there’s nothing they can do about an incompetent tech working for a distributor overseas.

Here’s the Reddit thread where the leak was first posted, but be aware that the comment threads are full of spoilers. The original video link is no longer active, but if you just can’t wait till episode 4 airs Sunday, try your luck with links in the comments.

Fair warning: Clicking any of the links from that Reddit thread could leave you hacked (or infected with malware) just as hard as HBO, and HBO didn’t have your bank account information stored on its hard drive.