Michael Myers is still out for blood. 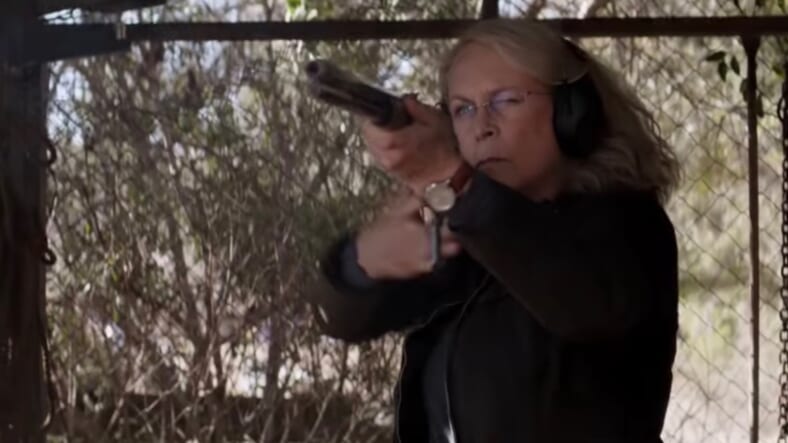 If you ever wondered what it’d be like if the events of the first Halloween were real, here’s a chance to see. In the most recent trailer for the upcoming sequel, Michael Myers’ rampage gets the true crime treatment, and it’s an eye opener.

In part it puts the first movie in perspective; it really would be a pretty intense true crime story. It also illustrates how cheesy true crime TV can be.

The new movie pretty much eliminates everything that’s happened in between the first Halloween and this one, wipes the slate clean. We haven’t seen it yet, but we have to admit it looks very much the same.

The big difference is Jamie Lee Curtis. As a nearly 60-year-old Laurie Strode she’s gained maturity, intensity, and a little bit of crazy.

This Halloween was written by Danny McBride and is a hybrid sequel and and reboot. While it eliminates all the related movies in between it also does seem to plausibly breathe new life into the franchise.

The plot is damn simple and in keeping with that true crime feel: A couple of British podcasters seek out the killer, who has been institutionalized for 40 years. Their visit triggers his eventual escape, and he comes for Haddonfield, Laurie Strode, and everyone who gets in his way. Imagine the people behind Serial seeking out a terrifying real killer like Big Ed Kemper and him—despite the fact that like Myers, he’s pretty old now—busting out of captivity and trolling for college girls again.

Will this sequel/homage live up to the original? With Jamie Lee Curtis in place, it has to come close. We’ll see when it hits theaters on October 19.