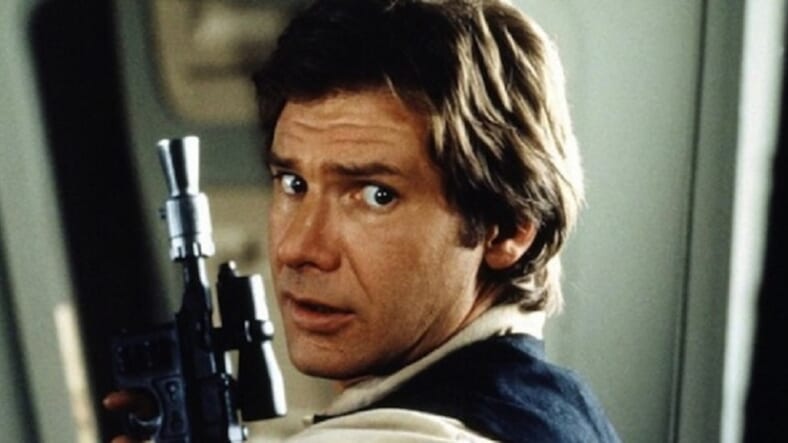 This’ll blow your mind: According to Disney CEO Bob Iger, one of the most beloved characters from the Star Wars franchise may have been using an assumed name all along.

Iger was giving a talk at the University of Southern California and the discussion naturally touched on production of the as-yet-untitled “Young Han Solo” film currently in production and starring Alden Ehrenreich and Woody Harrelson.

Iger indicated the film follows Solo from age 18 till age 24 and included “significant things” in the character’s life, such as “acquiring a certain vehicle and meeting a certain Wookiee.” Then he dropped this little bomb into the brains of long-time fans: “But you will also discover how he got his name.”

George Lucas has never indicated any change in Solo’s name in the past, so this is a new thing. While the average moviegoer might just respond with a shrug or “whatever,” Star Wars superfans might seriously get up in arms about such a thing.

Truth is, Iger apparently didn’t elaborate, so he may have meant something else altogether.

Also, it’s not like anyone will stay away from the theater because of this. A huge audience for any Star Wars film is guaranteed at this point—people would stand in line to watch two hours of Chewbacca scratching and farting in the Millennium Falcon cockpit.

We’ll find out if this was just a big misunderstanding when the movie hits theaters in May, 2018.