Get ready to geek out. 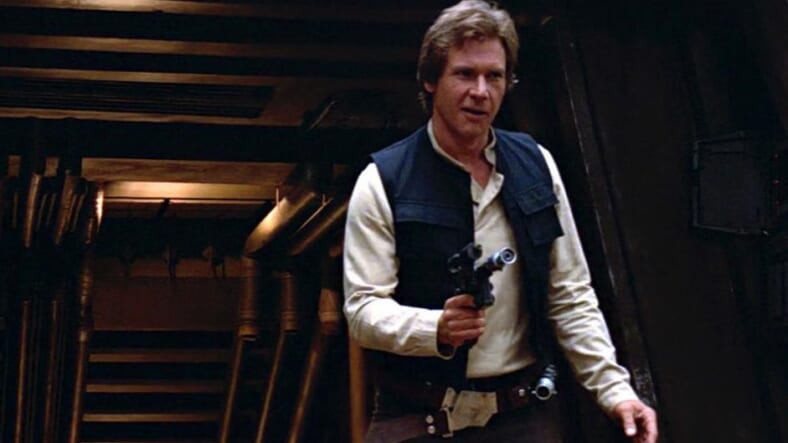 While Star Wars fans went wild last week upon learning the ominous official title of The Last Jedi for the first time, no one knows the title for the upcoming stand-alone Han Solo film.

And to further mess with the minds of the Star Wars-obsessed, co-director Chris Miller tweeted this punny picture of the clapboard used on the first scene.

The title plate at the bottom reads “Star Wars Red Cup,” which is pretty cryptic. What’s that company that’s popular for manufacturing the red cups that are standard issue at every frat party? Oh yeah, Solo. Very clever, Chris.

Additionally, he tweeted the caption “Han First Shot,” which is a reference not only to the first shot of the movie, but also to the irate response that a remastering of the original Star Wars film drew from super fans 20 years ago.

As the story goes, there’s a scene in the original in which Han Solo assassinates bounty hunter Greedo. But in the “special edition” released in 1997, the scene was altered so that Greedo takes the first shot. This made Han look like a wuss, because self-defense just isn’t as cool as cold-blooded murder, and prompted overly impassioned Star Wars fans (nerds) to proclaim “Han shot first.”

Maybe they’ll be able to finally let it go when the Han Solo feature hits theaters on its scheduled release date of May 25, 2018.