‘The Simpsons’ character has come under fire. 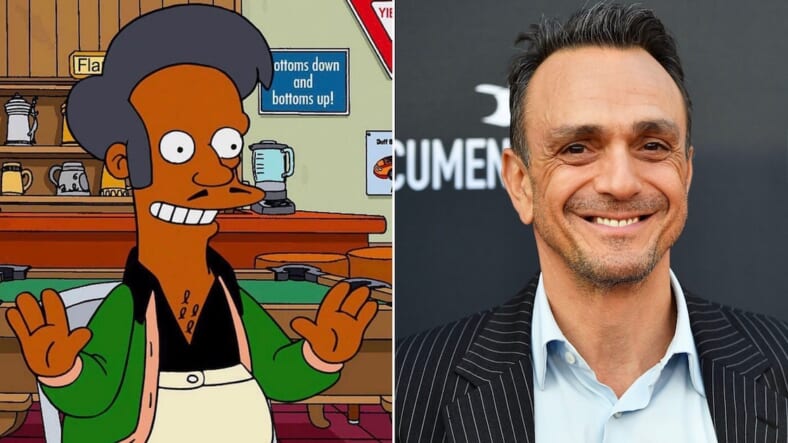 The Simpsons character Apu Nahasapeemapetilon has come under fire following the release of The Problem with Apu, a 2017 documentary by comedian Hari Kondabolu.

The documentary argued that Apu is a racist caricature of an Indian voiced by a white guy.

Hank Azaria, the white actor who voices Apu, finally addressed the criticism on The Late Show with Stephen Colbert, revealing he would be “willing to step aside” from the controversial role.

“The idea that anyone young or old, past or present, being bullied based on Apu really makes me sad,” Azaria said. “It certainly was not my intention. I wanted to bring joy and laughter to people.”

“I’ve given this a lot of thought, and as I say my eyes have been opened,” he added. “I think the most important thing is to listen to Indian people and their experience with it.”

“I really want to see Indian, South Asian writers in the writers room… including how [Apu] is voiced or not voiced. I’m perfectly willing and happy to step aside, or help transition it into something new.”

Azaria also distanced himself from the official response from The Simpsons, claiming he had no part in developing it.

"Something that started decades ago and was applauded and inoffensive is now politically incorrect… What can you do?" pic.twitter.com/Bj7qE2FXWN

On a recent episode, Lisa Simpson says in an indirect reference to the Apu controversy, “Something that started decades ago and was applauded and inoffensive is now politically incorrect. What can you do?”

“I think if anyone came away from that segment thinking they need to lighten up…that’s definitely not the message that I want to send,” Azaria told Colbert.

The director of The Problem with Apu, Hari Kondabolu, thanked Azaria for his words on Twitter.

Thank you, @HankAzaria. I appreciate what you said & how you said it. https://t.co/Otmxygf3DP

Watch the trailer for The Problem With Apu, here.