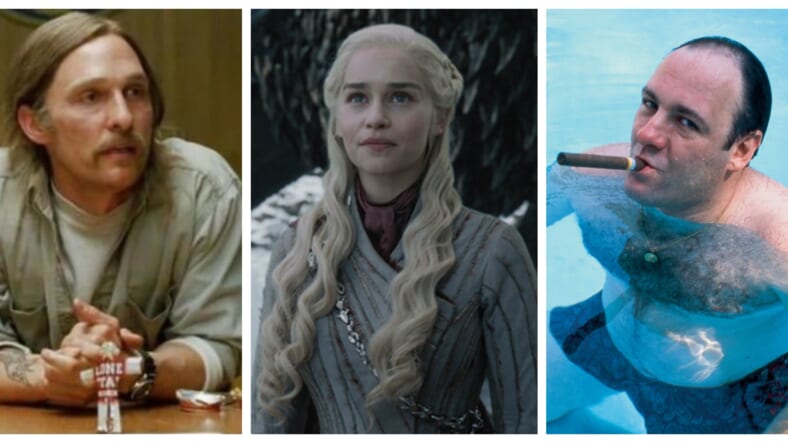 Given the passionate fandoms of so many of its original programs, HBO should’ve known what it was getting into.

Okay, maybe the prestige cable giant does know what it’s dealing with, but its social media manager running HBO’s Twitter account wasn’t thinking about the superfans or it never would’ve asked followers to name their “Top 3 HBO characters of all time. Aaaaand go.” An avalanche of fictional names ensued.

Twitter rolled with the question and flooded the zone with characters from HBO hits going back years. There were plenty of predictable answers, too.

Matthew McConaughey won an Emmy for his portrayal of Rust Cohle in season 1 of True Detective—of course he was a fave. And Emilia Clarke’s Daenerys Targaryen was positively iconic by the time Game of Thrones aired its controversial finale in summer 2019.

Where The Sopranos is concerned, James Gandolfini‘s Tony Soprano is an all-time great character. There will never be another—even his son Michael Gandolfini is playing a younger version, so in a way, a very different Tony.

But it turns out plenty of people had other faves, including characters from current HBO offerings like Barry and Succession.

Was there a consensus, though?

Not a formal one, but a look at Twitter search results related to the query reveals an awful lot of mentions of Tony Soprano and Daenerys Targaryen, as there should be.