A ‘Deadwood’ Movie Is Officially Happening, Will Air as Soon as Spring 2019

Are you ready to go back? 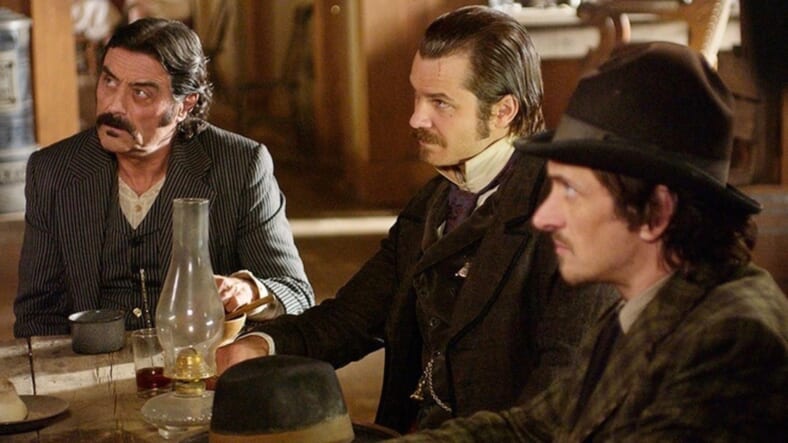 It is official: a Deadwood movie is coming.

HBO announced that the long-gestating TV movie version of its gritty Western series, which aired for three seasons from 2003 to ’06 before abruptly ending, will begin production in October and will likely premiere in spring 2019.

Dan Minahan, a regular episodic director for Game of Thrones, will direct.

The news confirms what star Robin Weigert told the Los Angeles Times earlier this week. “A lot of [actors] have signed on. There’s a 90% chance it’ll finally happen.”

There have been reports of a movie since Deadwood concluded over a decade ago, but they never materialized.

HBO president Casey Bloys hinted at why. “It has been a logistical nightmare getting it together,” he said during the announcement.

Deadline has a few ideas about what the plot may be, based on past announcements.

When asked where the next phase of Deadwood would pick up, Bloys was mum. Years ago, creator David Milch hinted that a fourth season would have focused on some historical events that occurred in the western town, i.e. a huge fire, a plague outbreak with saloon kingpin Al Swearingin fleeing on a barge down the river.

We are still waiting on the official casting announcement, but expect stars Timothy Olyphant, Ian McShane and Molly Parker to return.