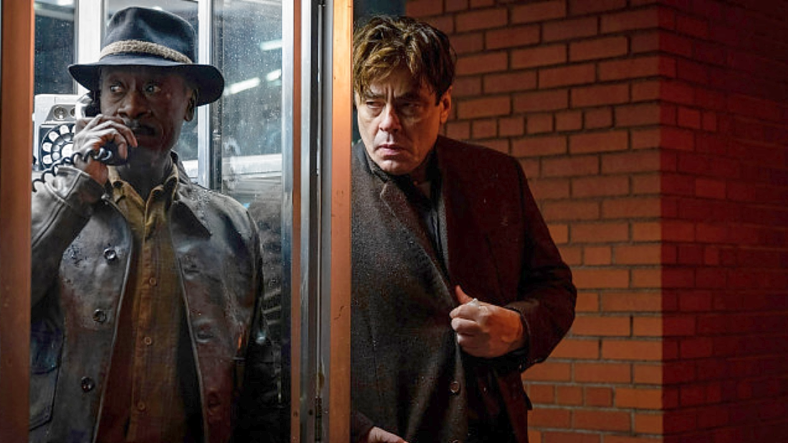 For someone who retired just a few years ago, Steven Soderbergh is a busy man. Latest evidence of his productivity: the trailer above for his upcoming HBO Max crime thriller, No Sudden Move, starring Don Cheadle, Benicio del Toro, and Jon Hamm.

Even better — it’s a heist flick with plenty of twists and as evidenced by a scene where a very mild-seeming David Harbour (Stranger Things) tells someone, “I’m sorry. I’m gonna punch you now, sir,” it’s got some solid dark humor as well.

In 1955 Detroit, a group of small-time criminals are hired to steal emerging car technology. When their plan goes horribly wrong, their search for who hired them – and for what ultimate purpose – weaves them through all echelons of the race-torn, rapidly changing city.