A writer-producer from the sitcom confirmed Gandolfini was “really, really close” to becoming the new boss at Dunder-Mifflin. 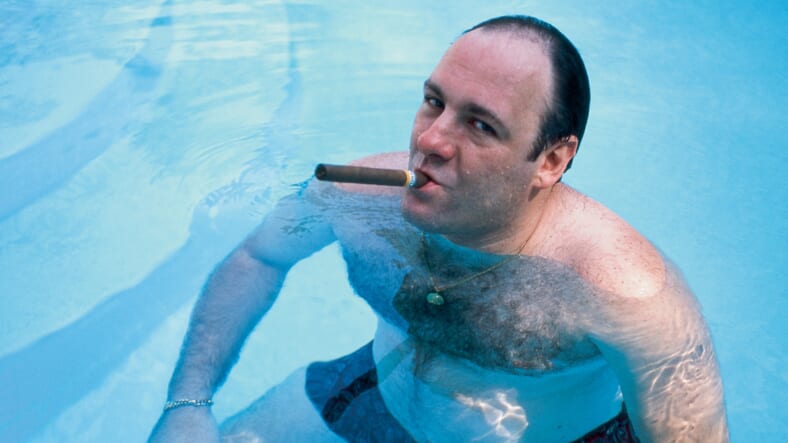 Even after he was done with The Sopranos, HBO was still able to make late actor James Gandolfini an offer he couldn’t refuse — and they didn’t even have to steal a move from The Godfather and put a horse’s head in his bed to convince him.

The series that made Gandolfini a household name broadcast its final episode in 2007. When it began to look like the tough-guy actor might replace Steve Carell‘s Michael Scott on NBC’s runaway hit sitcom The Office in 2011 (a role that eventually went to James Spader), HBO — according to the Talking Sopranos podcast from Gandolfini’s Sopranos costars Michael Imperioli and Steve Schirripa — paid the actor $3 million to turn down a cozy office at Dunder-Mifflin Scranton.

This revelation came as Schirripa and Imperioli interviewed Ricky Gervais (watch the video above), who starred in the original UK version of the sitcom. “You know,” said Imperioli, “they talked about having Gandolfini at one point replace [Carell]—did you know that?”

Schirripa added, “I think before James Spader and after Carell, they offered Jim [Gandolfini], I want to say, $4 million to play him for the season—and HBO paid him $3 million not to do it.”

Schirripa went on to add some background, saying Gandolfini “was going do it because he hadn’t worked, and it was a number of years removed from when the show ended.”

Gervais responded, “So they paid him that to keep the legacy of The Sopranos pure?”

“I guess that,” said Schirripa, “and also he had a deal with them.” That deal was for an HBO miniseries titled The Night Of. Sadly, Gandolfini wasn’t able to complete that show as he died at 51 from a heart attack.

Released in 2020, the book The Office: The Untold Story of the Greatest Sitcom of the 2000s essentially confirmed this story, stating that Gandolfini wasn’t entirely sure as to how he’d approach playing Michael Scott’s replacement but still, according to writer-producer Brent Forrester, “it was really, really close to [Gandolfini] being the boss.”

Gandolfini’s death, of course, didn’t kill his most famous character, Tony Soprano. His son Michael, now 22, is playing a young Tony in The Many Saints of Newark, which is set to premiere in theaters and on HBO Max October 1, 2021. Watch a trailer for the movie above.