It’s a lot more exciting than playing the Queen of England. 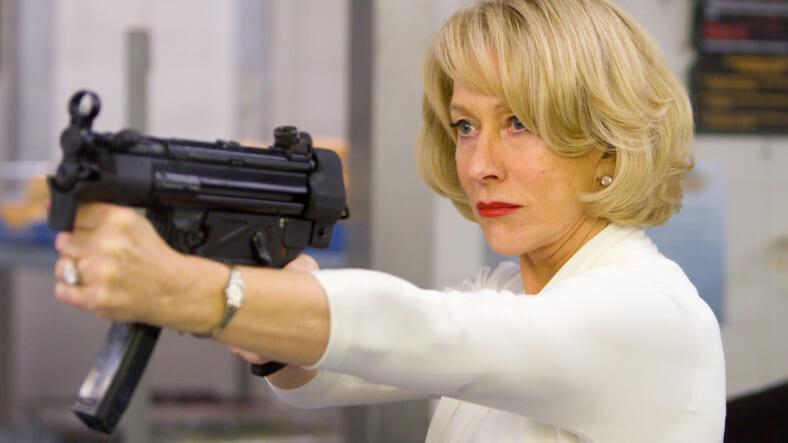 Even with a long-ranging and illustrious career, there is still one thing Dame Helen Mirren has always wanted to do: drive a really fast car and tear shit up.

The 70-year-old actress just dropped the bomb in an interview with Elle that she is officially on board for Fast 8.

“I want to be making film and theater, but film is particularly relevant. I like it to be serious. Of course, having said that I’m about to do Fast and Furious 8,” Mirren said. “But that’s for the fun of it. So maybe that’s what I want as well, some fun and some relevant, serious, important movies.”

Mirren has been vying for her shot behind the wheel for some time, she revealed to Yahoo! Movies last year:

Still, Mirren told Elle she had one stipulation after studio heads finally came around: “I said, ‘I’ll be in it, but only if I’m allowed to drive if I do drive in it.’ But we’ll see.”

If Mirren gets her way, she could be on a collision course with another estimable Oscar winner. Charlize Theron was recently announced in a villainess role for the film following her lethal turn in Mad Max.

We hope these two leading ladies are cast as nemeses because a drag race between Charlize and Helen would make for a white-knuckle watch.