“Parents were yelling at the projectionist to stop, covering their kids’ eyes and ears.” 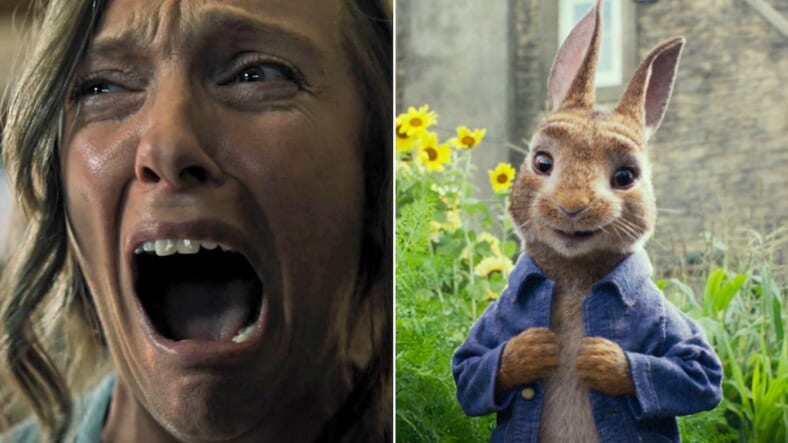 The upcoming horror indie Hereditary has been called the scariest movie since The Exorcist, traumatizing audiences at Sundance and other advance screenings.

Just ask some kids in Perth, Australia, where a trailer for the fright flick played at a showing of Peter Rabbit, which was packed with children and families.

The trailer, which shows a young girl decapitating a dead bird, a boy’s head being slammed against a desk, someone being burned alive and Toni Collette screaming bloody murder, was most definitely not appropriate for a PG audience.

“Parents were yelling at the projectionist to stop, covering their kids’ eyes and ears,” one adult moviegoer, who estimated at least 40 children were in the audience, told Perth’s WAtoday.

Many parents fled the theater with their children before an employee was finally able to shut off the screen.

The theater has since apologized and has even offered a free movie tickets to those in the audience… hopefully not for an early screening of Hereditary.