The 23-year old definitely deserved it. 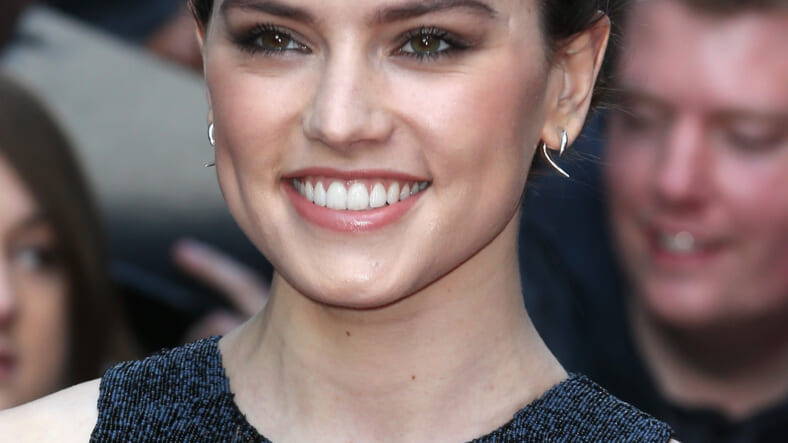 Everyone knows that the greatest addition to the Star Wars universe comes in the form of British actress Daisy Ridley, better known as Rey, a Jakku scavenger with some hidden talents up her sleeve. Though her filmography is mostly filled with minor, bit roles, her casting in JJ Abrams’ latest installment in the beloved franchise could not have been more well-received.

With the DVD for Star Wars: The Force Awakens slowly approaching shelves in stores across the globe, fans should prepare themselves for an abundance of behind-the-scenes features that highlight the terrific cast. In an early look, BuzzFeed revealed footage of the young actress’s audition for Rey with commentary by Abrams on exactly why he cast her (which you should take some time to watch — don’t worry, we’ll wait).

It is my very great honour to reveal this INSANELY EXCITING poster for The Force Awakens!!!! IT'S REY!!! Looking all freckly from the Jakku sun and as if there's an adventure to be had!!! AHHHH! #starwars #theforceawakens #ermagerdsoexciting #whoelseisexcited #wearesoclosehowarewesoclose #canitbedecembernow

“What we were looking for was someone new, ” J.J. Abrams explains the DVD feature. “This character needed to be vulnerable and tough, sweet and terrified. And to find someone that no one knew who could do all these things took a lot of looking.”

Daisy embodied the vision of Rey completely, and after watching her break down in the audition room, it comes as no surprise that she landed the part shortly thereafter.

For a more behind-the-scenes look at Star Wars: The Force Awakens, pick up the DVD when it’s on sale April 1st.