“We live in a world of assassins.” 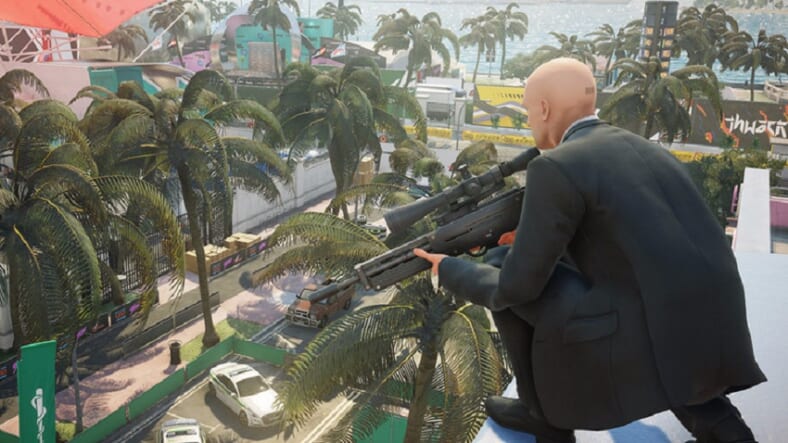 Chrome-domed assassin Agent 47 returns with guns blazing in the hotly-anticipated new trailer for Hitman 2. This time he’s got a whole new bag of tricks.

The game’s trailer dropped Thursday with this simple caption: “Unravel the past of the elusive Shadow Client as you track your targets across 6 new exotic locations and improvise the biggest kills in franchise history.”

Here’s some of what you get: A tense cycle of images showing our chrome-domed death dealer planning a hit on a Formula 1 driver, secretly sabotaging the race car so it looks like an accident. More images of 47 doing what he does best, and not always in his trademark suit; he apparently goes casual sometimes.

We also hear a voice-over reminiscent of Ian McShane’s Winston, the proprietor of The Continental in the John Wick series. It’s hard to hear that bit about a “world of assassins” and not think of Wick. An homage? That’s probably a reach, but it’d be one hell of a shared universe.

Obviously this isn’t a retread. One of the new features included is Sniper Assassin mode, which allows players to form a full team of assassins, for when you need murderous pals to help you along the way.

You’ll have to wait a bit to grab Hitman 2. It will be available on PlayStation 4, PC, Xbox One on Nov. 13.