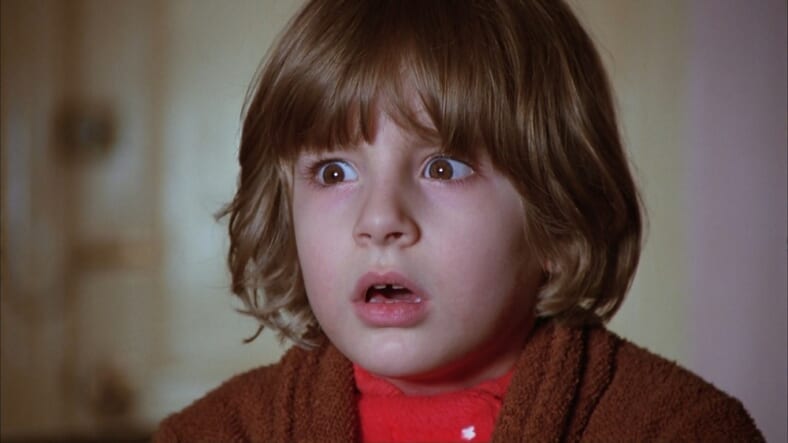 He waited 35 years to do it, but in 2013 Stephen King published a sequel to his legendary bestseller The Shining.

Titled Doctor Sleep, it follows a troubled adult Danny Torrance as he encounter new and deadly supernatural enemies. The sequel is—naturally—being made into a movie, and it appears that Ewan McGregor will play the kid who once squeaked “redrum” as a grownup.

It’d be fascinating continuity to see Danny Lloyd, the kid from the Kubrick film, play the adult character, but he gave up acting a few years after that movie.

Today he’s a biology professor at a college in Kentucky. Who wouldn’t reconsider acting after dealing with Jack Nicholson chasing you through the snow with an ax?

In the novel Doctor Sleep, Danny Torrance goes by Dan and he’s a pretty damaged middle-aged man, his powers not quite the same, his “shine” fading.

Variety breaks it down in detail:

Doctor Sleep begins as Torrance carries the trauma of the Overlook Hotel into adulthood. He’s become a reflection of his murderous father, with lingering rage and a drinking problem that dulls his pain as well as his “shining” powers. Those powers return when he embraces sobriety and uses his gift to help the dying at a hospice. He establishes a psychic connection with a young girl who shares his extreme abilities, and who is being targeted by a group with similar abilities. They’ve found that their powers grow if they inhale the “steam” that comes off others with the power to shine, when they are suffering painful deaths.

That the story involves murdering children will make the movie pretty tough to script, since even the most hardcore horror fans aren’t too down with that, but Doctor Sleep really is every bit as screen-worthy as its predecessor.

Ewan McGregor just needs to make sure he doesn’t confuse Danny Torrance’s shine with Obi Wan Kenobi’s use of the Force.