Bow Down to the Brutal History of Hong Kong Cinema

Bruce Lee is just the beginning. 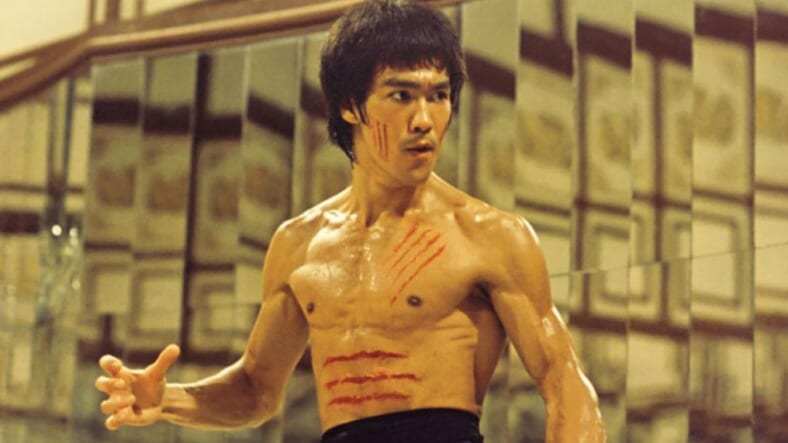 Although Hong Kong cinema is now world-famous in its own right, the first films shown in the former British colony were in fact brought in from France by mail steamer. The year was 1897, and at the end of April, professor Maurice Charvet unveiled his “Cinematograph” projector to enthralled locals at Hong Kong City Hall. Charvet presented a series of shorts, which included the march of a French cavalry regiment.

In 1909, Leung Siu-po (also known as Liang Shaobo) directed and starred in a comedy short called “Stealing a Roast Duck,” which costarred Lai Pak-hoi. Financed by Russian-American businessman Benjamin Brodsky, the silent “Roast Duck” was made alongside “Right a Wrong with Earthenware Dish,” which also was directed by Siu-po.

However, the film was lost to time decades ago, and today there’s no physical evidence it ever existed. “There is nothing left of anything produced before the Second World War,” film historian Law Kar told the Guardian some years back. “The Japanese melted all the film stock down to extract the nitrate, so they could use it to make bombs.”

It wasn’t until 1913 that Hong Kong produced its first narrative feature, titled Zhuangzi Tests His Wife. Produced by Lai Man-wai, known as the father of Hong Kong cinema, and backed financially by Brodsky, Zhuangzi follows a Taoist scholar—played by Man-wai—who fakes his own death in a bid to test his wife’s loyalty. A little over 10 years later, Lai’s brother, Lai Bak-hoi, produced Rouge, Hong Kong’s first full-length film, which was shot in nearby Guangzhou. A yearlong strike that kicked off shortly after the picture was released led to the bulk of Hong Kong’s movie theaters being shuttered, and the colony’s film industry withered.

White Gold Dragon was based on a Cantonese opera, and would be the last piece of pure entertainment produced by the industry for the foreseeable future. The Second Sino-Japanese War broke out in 1937, which led Hong Kong’s auteurs to shift their creative output to producing more patriotic, anti-Japanese fare. These included 1938’s Behind the Shanghai Front, a war drama directed by Tang Xiaodan. Filmmakers from elsewhere in China began moving to Hong Kong, a British colony at the time, which boosted the Hong Kong scene immensely. A building boom of movie houses followed the creative boom, lifting the entire industry even higher as a result.

The upswing would not last, however. In December of 1941, the Japanese invaded Hong Kong. War planes bombed movie studios, halting production. Only Japanese films were permitted to be shown, and American productions were banned outright. When the city went back to British rule in 1945, the movie business still didn’t bounce back. It took another year for Hong Kong’s first postwar film, Flames of Passion, to be released. During the 1950s, more than 500 films were produced in Hong Kong, making huge stars out of their casts. One of the most revered actresses of this period, Yam Kim-fai, was able to sing in a low voice and took roles playing both men and women.

The following decade was even more productive, with nearly 1,000 Hong Kong films being produced between 1960 and 1970. However, something had changed by now, and movies dropped sharply in popularity among the colony’s populace. As the younger generation became consumers in their own right, they eschewed their parents’ style of film—romances and operas—for kung fu pictures.

Bruce Lee and Jackie Chan would quickly become household names during this era, with Lee’s The Big Boss (1971), Fists of Fury (frequently titled The Chinese Connection) (1972), and Enter the Dragon (1973). In 1978, Jackie Chan would become a breakout star with the action comedies Snake in the Eagle’s Shadow and Drunken Master. Their films became hits outside of Asia, which was nothing short of a game changer for Hong Kong studios.

American directors, having taken notice of Hong Kong’s cinematic prowess, now began looking to their output for inspiration—and sometimes significantly more than that. In the ’90s, Jackie Chan became an international star after Rumble in the Bronx and Rush Hour, and Stephen Chow’s 2004 Kung Fu Hustle set records in Hong Kong with a $7.8 million box office take. Martin Scorsese used the 2002 feature Infernal Affairs as the basis for his 2006 Oscar-winning crime drama, The Departed. Three years earlier, a free trade agreement called Closer Economic Partnership Arrangement between China and Hong Kong had been enacted, meaning coproductions between China and Hong Kong would no longer be subject to competition-killing import quotas. This meant a boom in movies coproduced by the two neighbors.

Nowadays, Hong Kong cinema is still strong. But as with many things in today’s world, the industry faces stiff competition from none other than China itself.

Rather than putting Hong Kong filmmakers out of business, China has largely worked with them, not against them. Yet these coproductions are seen by some as having a dilutive effect on Hong Kong’s cinematic influence, giving way to Chinese production values and an aesthetic that appeals to the masses. They also must be approved by Chinese censors.

“We must think about how Hong Kong cinema should position itself in order to find our way to the future,” award-winning Hong Kong director Wong Chun recently told Variety. “What is our strength, as compared to films from other Asian countries? It’s time to reflect on this.”