Welcome to an absolute food paradise 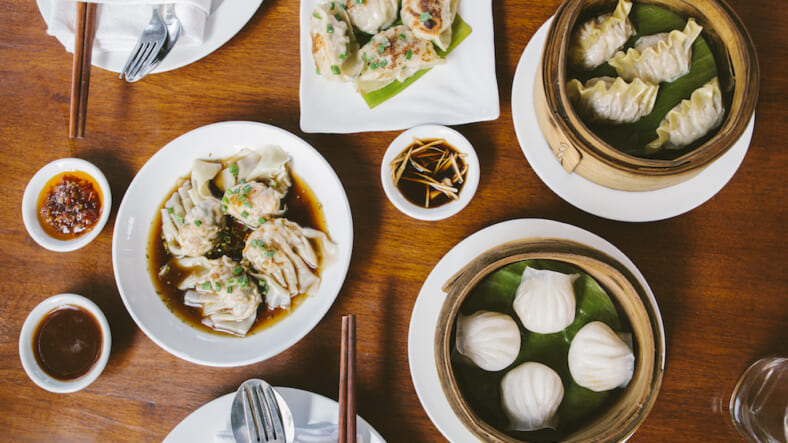 It’s 3 a.m. at Sun Hing, a raucous dim sum parlor in Kennedy Town, the
westernmost section of Hong Kong Island, and a crowd of tipsy night
owls are competing for table space with early-bird old-timers. This is a
true neighborhood joint, the kind of place where menus in Chinese characters
are posted on the wall and there’s not much table service. When fresh
baskets of quail-egg dumplings and black-sugar cake leave the kitchen, it’s
up to you to grab some before they’re gone.

By the time Sun Hing readies to close for the day, 13 hours later, the
crowd has shifted to university students and construction workers. There’s
never a bad time to eat in Hong Kong, because people are always eating. For
many people, five meals a day is par for the course: breakfast, lunch, teatime,
dinner, and siu yeh—midnight snack.

No wonder this is considered one of the world’s gastronomic capitals:
You can eat well for $4 at a hole-in-the-wall noodle shop or splurge on a $400
meal at one of six restaurants with three Michelin stars, including Lung
King Heen in the Four Seasons Hotel and L’Atelier de Joël Robuchon
in the Landmark Atrium. Another 55 restaurants have one or two stars.
In a city with so much quality food at so many price points, it can be hard
to make a mark.

So how does a restaurateur make a difference in such a crowded field? By
putting new twists on the familiar. “Chefs [are] pushing the envelope in
Cantonese food,” says food writer Janice Leung Hayes. “Cantonese food is
rooted in tradition, and the classics are great, but I’ve always wondered why
there was so little innovation that wasn’t gimmicky.”

That has changed with the likes of May Chow, a chef whose empire
now spans three stylish restaurants, and Lau Chun, who makes finely
rendered Cantonese classics with locally farmed products. Leung Hayes
says the two renowned chefs “understand the fundamentals of the cuisine,
and then interpret them in ways that make Hong Kongers proud rather than
dismiss them as dishes made for gweilo [foreigners] to enjoy.”

“Every restaurant should feel original and authentic to our surroundings,”
says Chow, who was awarded Asia’s Best Female Chef 2017 by the
World’s 50 Best Restaurants. That’s the philosophy behind Chow’s Little Bao, a tiny steamed-bun restaurant that has been packed since it opened in
2013, and the gastropub Second Draft, which opened last year.

Housed in an airy space inspired by the iconic Star Ferry, Second Draft
has a menu that could be called fusion if that weren’t such a dirty word these
days. It’s a delicate balance between Chinese and European flavors, with dishes like the mapo burrata—spicy mapo tofu, but with a plump sphere of buffalo
mozzarella instead of tofu. Flower crab pasta is like carbonara, but with tender
crab meat, béchamel, and an egg yolk served on plump Shanghai noodles.

Chow’s latest venture is Happy Paradise, an LSD trip of a Hong Kong
diner whose decor and music evoke the glory days of the 1980s, when a
newly cashed-up Hong Kong dominated Asian pop culture. Despite the
vinyl seats and colorful neon lighting, the menu here is Chow’s most refined
to date, with dishes like braised pomelo with black sesame foam, shrimp
roe, and shrimp oil—a more assertive take on a classic Cantonese dish that
takes several days to prepare.

The fertile soil of Hong Kong’s New Territories region once produced a
bounty of fruits and vegetables, but these days, nearly all the city’s food
is imported from the mainland. That might change: The number of
organic farms and rooftop farms has grown from a handful to around 450 in
the past decade, and places like the Michelin-starred Cantonese restaurant
Kin’s Kitchen are putting them to good use, with local rice, pork, and vegetables
that have more layers of flavor than factory-farmed stuff from China.
Chef David Lai’s Fish School takes a similar approach to seafood, serving
only the fresh daily catches of Hong Kong fishermen.

Hong Kong’s drinking establishments have been upping their game too.
Craft beer has exploded in the past few years, with brewers like Young
Master and Moonzen offering top-notch beers made with local ingredients
like salted lime and roselle, a variety of hibiscus. Young Master even has
Asia’s first foeder, a wood fermentation tank that makes sour, lambic-style
beers infused with ambient yeast.

In the cocktail arena, Happy Paradise offers a strong program of
Cantonese-flavored drinks like Double Pear Happiness, a blend of cognac,
rye, pear, lemon, and Chinese five-spice. Second Draft takes the Negroni to
new heights of fruity bitterness by infusing it with a kind of Chinese dried
tangerine peel known as chan pei.

Other bars go even further, like high-end dining palace Mott 32, whose
1851 cocktail combines baijiu with gin, Bénédictine, osmanthus honey,
elderflower liqueur, lemon juice, and bitters. It’s served inside a glass dome
that is pumped full of osmanthus smoke after it arrives at your table. It’s a
good opportunity to learn a common Cantonese phrase: yum la. Drink up.