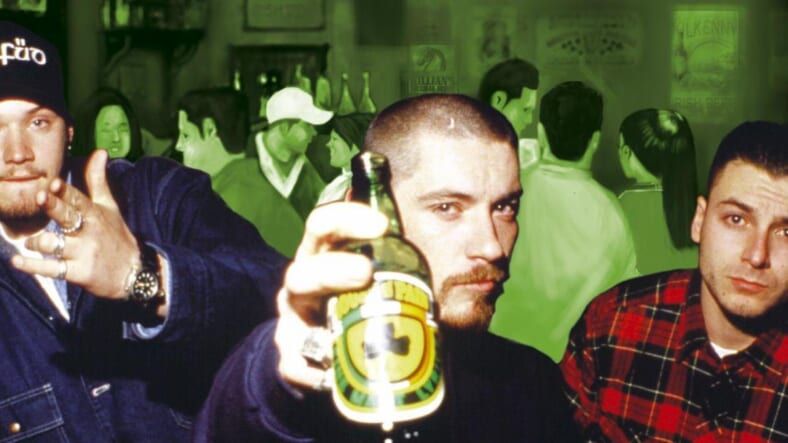 When the song came out way back in 1992, nothing about House of Pain’s “Jump Around” suggested that people would still be talking about it 25 years later. Everlast, the face of the group and its primary rapper, already had one failed album under his belt. DJ Lethal was a teenager who dropped out of high school to scratch records and Danny Boy, the third member, was a glorified hype man, playing the Flava Flav to Everlast’s Chuck D.

Even the song’s producer, DJ Muggs, was a relative unknown, with his band Cypress Hill still a year away from releasing its own lasting contribution to hip-hop history, “Insane in the Brain.”

But something about “Jump Around” hit in the summer of ’92. Maybe it was the genre mash-up of hip-hop, punk and jazz. Maybe it was song’s edge, which was harder than Vanilla Ice but more palatable to N.W.A. Or maybe it was the clear, understandable directive to “jump around.”

Danny Boy has his own explanation, as he told Spin in 2012: “It’s the kind of shit you can put a lampshade on your head and act an idiot to.”

Whatever the reason, the song exploded, and here we are celebrating it a quarter century after House of Pain converged on the 1992 St. Patrick’s Day Parade in New York City to film the classic video. The one-hit wonders, who formed in L.A. but steadfastly clung to a cartoonish Irish-American identity, even recently reunited for a 25th Anniversary of “Jump Around” tour.

Their biggest song’s staying power owes a debt to the stadium DJs around the country who’ve turned it into a jock jam on par with “Cotton Eye Joe.” Some have even built traditions around it, none more famous than the one adopted by college football fans in Madison, Wisconsin.

Between the third and fourth quarters of every Badgers football game, Camp Randall Stadium fills with the screaming horn and Everlast’s two-word command. The tradition, which began unofficially in 1992 and became a regular thing in 1998, is so ingrained in UW culture than one attempt to do away with it was met with student protest.

But the most obvious sign of the song’s infiltration into mainstream American culture came last year when then-candidate Donald Trump used it at his rallies. There’s no surer sign that a rap song has become an institution than when an airplane hanger full of middle-aged white people are bobbing their heads along to the lyrics.