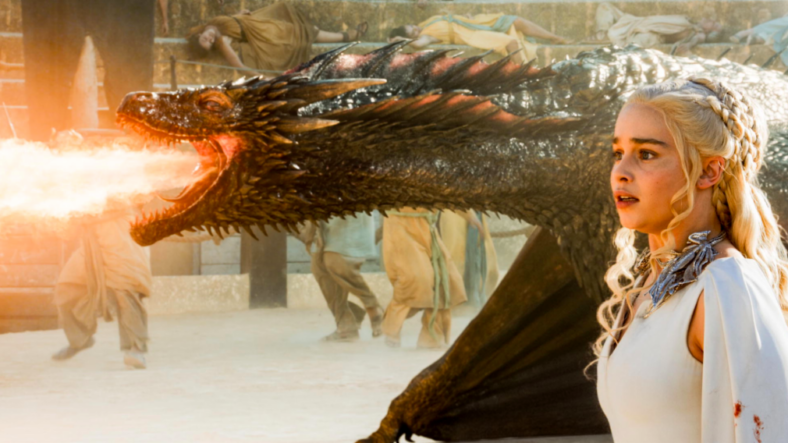 If you’re a fan of the show you know what this is about: Dragons equal Targaryens.

Unfortunately, Daenerys (Emilia Clarke) won’t be back, but her family will. Here’s more from CNBC about the spinoff:

The cable network announced Tuesday that it has ordered 10 episodes of the spinoff series based on George R. R. Martin’s companion book “Fire & Blood.”Taking place 300 years before the events of “Game of Thrones,” the series will depict the stories of the Targaryen kings who had long ruled Westeros.

“The Game of Thrones universe is so rich with stories,” said Casey Bloys, president of HBO programming. “We look forward to exploring the origins of House Targaryen and the earlier days of Westeros.”

Deadline reports that the canceled Watts show, which was heavily rumored to have been titled Blood Moon (among other things) underwent “a lengthy post-production, which included re-editing of the initial cut after it was not well received, and rumors about issues during filming in Northern Ireland” before it was scrapped.

Regardless of the show, it’s going to be quite a while before new dragon-riding Targaryens hit your screens again. Estimates right now are that HBO won’t even be out with a promo for House of the Dragon until sometime in late 2020.