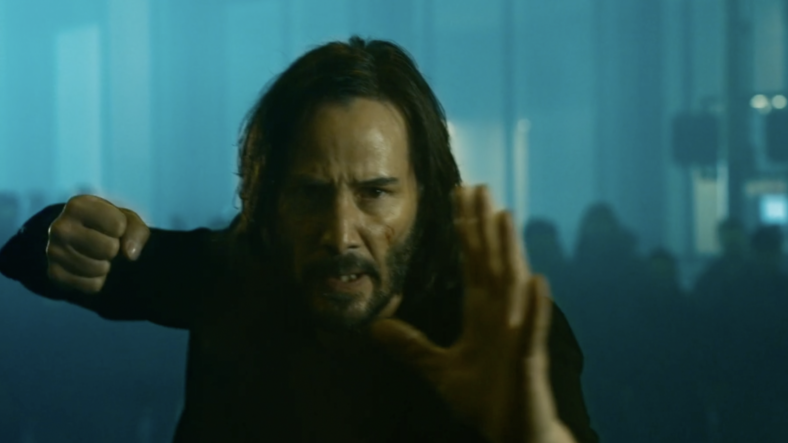 It’s not the first real trailer for the long-awaited fourth movie in the Matrix franchise—we have to wait for that—but go to thechoiceisyours.whatisthematrix.com and click on either the red or the blue pill and the site assembles what appears to be a new teaser trailer complete with voiceover.

The footage is accompanied in some instances by a voice that brings to mind Laurence Fishburne’s Morpheus, who begins, “This is the moment… for you to show us what is real.”

The smartly designed video then adds a freakout element by the voice addressing the viewer and telling us we believe it is the time on the clock when clicking through. So, if you visit the site at 1:35 pm, the voice (likely that of Yahya Abdul-Mateen II, the actor many have speculated replaced Fishburne as a younger incarnation of Morpheus) will say that.

This being the Matrix, however, it isn’t really that time. Our reality is, once again, a lie. “It could be,” says the mysterious voice, “that this is the first day of the rest of your life. But if you want it, you gotta fight for it.”

And there are glimpses of fighting, from a flash of Trinity (Carrie-Anne Moss) kicking a gun-wielding cop to an agent pummeling Keanu Reeves’s newly-shaggy Neo. Additional scenes include the creepy flying, tentacled creatures wielded by the Machine World attacking a pair of humans and a crowd closing in on a lone figure who is revealed to be Neo.

Whatever is going on with the resurrected Reeves character, it seems he still knows how to fight, and as the footage ends, he’s prepared.

According to EW, various choices of blue or red pills can produce up to “180,000 video variations.”

Enough to keep any eager fan of the Matrix movies busy until the actual trailer is released later this week.

Look for The Matrix Resurrections in theaters with a simultaneous release on HBO Max beginning Dec. 22, 2021.