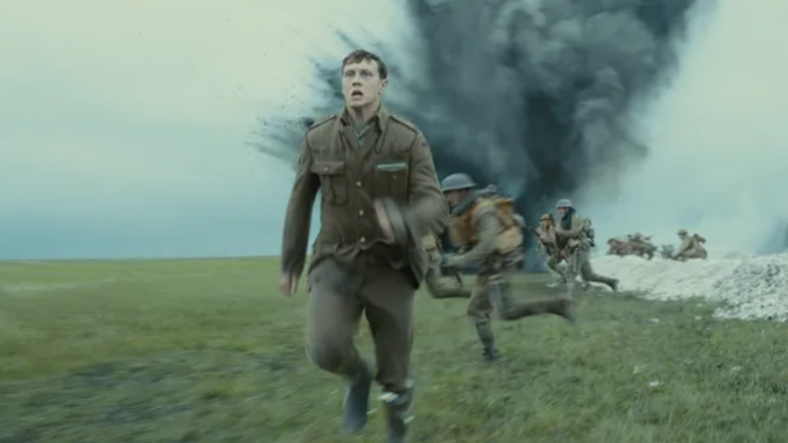 With almost universally positive reviews and multiple Academy Award nominations, 1917 has seen a burst in box office sales and renewed attention to the conflict at the center of the movie, the “Great War”, World War I.

The first global war has been overshadowed in the history books by World War II, which was a much more straightforward clash between good (the Allies) and evil (Axis Powers). But through great writing and the masterstroke of filming the entirety of 1917 as if the audience is following a pair of British soldiers on one unbroken journey through trenches and battlefields, filmmaker Sam Mendes has pulled off the hat trick of making a 100-year-old conflict as riveting as if it happened yesterday.

As the ten-minute documentary video demonstrates, it was anything but easy for Mendes to create the illusion that viewers have somehow emerged with a camera from a time machine only to follow the journey of two English Army grunts as they attempt to save an entire division from slaughter.

For example, in order to make it appear as if the camera was trailing one soldier the length of a blasted ruin of a battlefield, the filmmakers had to build two paths through the bomb craters and trenches. One path was for the actor to follow, the other allowed the film crew to smoothly trail along.

Eliminating the appearance of cuts took some digital cleverness as well, though they tried to achieve their goal with practical effects wherever possible. In one scene it was as simple as hiding the seamless transition between scenes in total darkness as the soldiers entered an abandoned German bunkers. In another, two shots of the actor were digitally melded to make it appear as if his leap from a wall descended into a rushing river rather than huge foam cushions.

Other clever tricks included using drones and in one scene putting camera crew members and their gear in period costume, so they could handle their part of the shot then move away without drawing attention to themselves.

Check it out then find a showing of the movie, which first hit theaters in December 2019. It’s one hell of a ride.