There’s a big difference between the Hulk Hogan character and the real-life Terry Bollea. 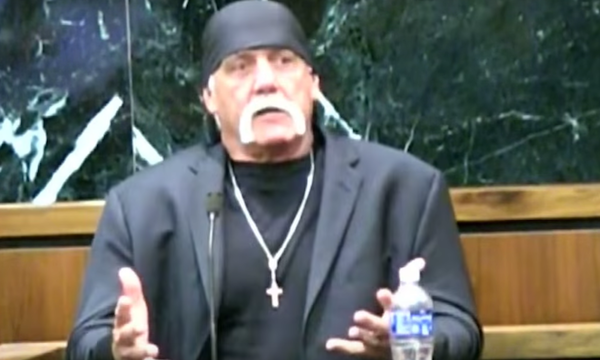 When Hulk Hogan filed a $100 million lawsuit against Gawker for publishing an excerpt of his sex tape, he had to know that his personal life was going to be put on blast in open court. But it’s hard to imagine he would have gone forward with the suit if he’d known he’d say this:

Just in case you didn’t follow, Gawker’s lawyer is questioning Hogan, real name Terry Bollea, about a radio appearance in which he claimed to have a 10-inch penis. Bollea, which is what we’ll call him for the moment, says he does not in fact have a 10-inch penis. Hulk Hogan, however, does.

And that’s just the tip of the, uhhh, iceberg when it comes to revealing details made public in this trial. Hogan—let’s call him by his more recognizable name again—also admitted that in radio interviews he “embellished a little bit about the number of women” he’s had sex with. That’s hardly a crime. You’ve probably done it yourself. But your reasons are likely different than The Hulkster’s.

Hogan claims that public statements made about the sex tape and his sex life were made by his wrestling character, not the man who portray that character. Like when he had to explain how he could show his bare ass on the reality show Hogan Knows Best, while also claiming a preference for privacy. “Having Hulk Hogan’s rear end up there, I didn’t think that was invasive of Terry Bollea’s privacy,” he said.

Here’s Hogan on Monday discussing the difference between the man and the character: “Terry Bollea’s a normal person. Wrestling is my job. It’s what Terry Bollea does for a living. I don’t argue. I’m not loud. Pretty soft spoken to a fault.” Later, he said public statements made as Hulk Hogan weren’t always to be believed because he takes “ artistic liberty” when in character.

For Hogan’s argument to work the jury has to understand, and more importantly, buy into the idea that Hogan and Bollea are different people. As Hogan’s lawyers have argued, their client is nearly always Hogan, except when he’s behind closed doors, where he’s Bollea.

If the jury doesn’t bite it will be hard to rule against Gawker, which is arguing that Hogan’s willingness to publicly discuss the sex tape made the clip newsworthy. And that is the grounds on which the jury must decide this case, which is a good thing for Gawker.

Because if it could be forced to pay $100 million for forcing us all to discuss Hulk Hogan’s penis, that would seem totally fair.